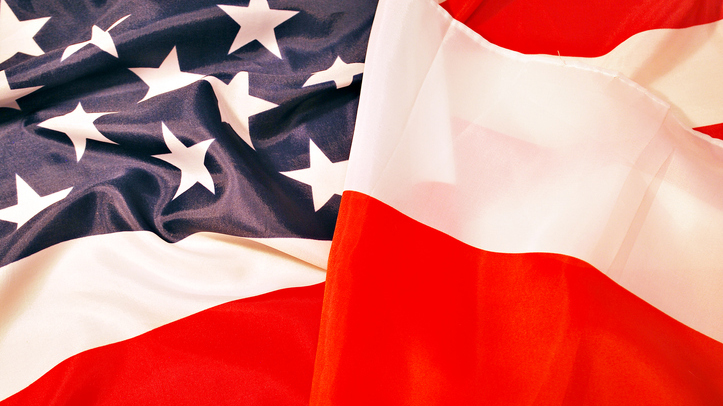 (WASHINGTON) — President Donald Trump canceled his trip to Poland and said he will send Vice President Mike Pence in his place this weekend so that he can stay in Washington and monitor Hurricane Dorian.”To ensure that all resources of the federal government are focused on the arriving storm, I have decided to send our vice president, Mike Pence, to Poland this weekend, in my place,” Trump said Thursday at the beginning of an unrelated White House ceremony. “It’s something very important for me to be here. The storm looks like it could be a very, very big one indeed.”Trump said he had spoken to Poland’s President Andrzej Duda and added that he would reschedule his visit “in the near future.””Our highest priority is the safety and security of the people in the path of the hurricane,” Trump said.Dorian on Thursday strengthened and took aim at Florida, after tearing through the Caribbean on Wednesday. Florida’s governor declared a state of emergency in every county, while his counterpart in Georgia made the same declaration for a dozen counties.The president and first lady had planned to travel to Poland this weekend to “attend commemorative ceremonies and visit memorial sites” tied to World War II in the Polish capital, Warsaw.They had originally planned to stop in Denmark, too, but Trump cancelled that leg of the trip last week after Denmark’s prime minister dismissed his idea of buying Greenland as “absurd.”

Mom dying of ovarian cancer shares what she wants women to know about the deadly disease
Jada Pinkett Smith celebrates 50th birthday on ‘Red Table Talk’; ABC to adapt Baratunde Thurston’s ‘How to Be Black’
House committee probing Jan. 6 attack could subpoena Trump aides: Sources
Ray J responds to rumors of a second sex tape with Kim Kardashian: “This ain’t cool”
Is It Time To Go All-In On The Raiders?
Billy Porter reveals why he wants to say “thank you” to Elizabeth Taylor