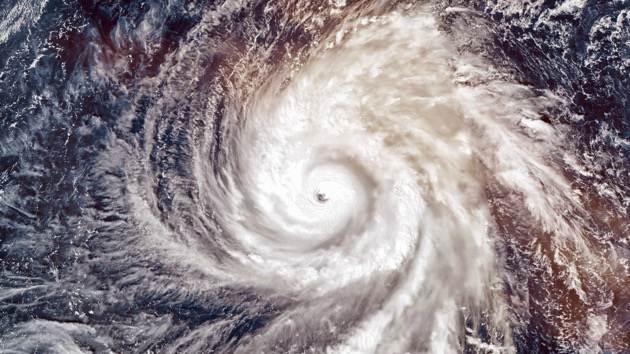 (WASHINGTON) — With a hurricane watch now in effect for Puerto Rico, President Donald Trump on Wednesday insulted San Juan Mayor Carmen Yulin Cruz, before proclaiming himself “the best thing that’s ever happened to Puerto Rico.”The president initially tweeted a prediction that the Federal Emergency Management Agency, or FEMA, and others will do “a great job” responding to Tropical Storm Dorian in Puerto Rico and “When they do, let them know it, and give them a big Thank You – Not like last time.”

We are tracking closely tropical storm Dorian as it heads, as usual, to Puerto Rico. FEMA and all others are ready, and will do a great job. When they do, let them know it, and give them a big Thank You – Not like last time. That includes from the incompetent Mayor of San Juan!

With Trump calling Yulin Cruz, a Democrat, “incompetent,” and the mayor on Tuesday urging Trump to “get out of the way,” the adversaries have reignited a feud dating back to the wake of Hurricane Maria.In a second Twitter thread later Wednesday morning, Trump proclaimed himself “the best thing that’s ever happened to Puerto Rico!”

Puerto Rico is one of the most corrupt places on earth. Their political system is broken and their politicians are either Incompetent or Corrupt. Congress approved Billions of Dollars last time, more than anyplace else has ever gotten, and it is sent to Crooked Pols. No good!….

On Tuesday, Trump made the false claim that Congress had approved $92 billion for the U.S. territory after Hurricane Maria devastated the island in 2017.Congress has allocated only about $24 billion — and only a smaller portion of that has been spent. But Trump and the White House have repeatedly used the $92 billion figure — based, they say, on a government estimate of how much recovery money the island could need over 20 years. Copyright © 2019, ABC Radio. All rights reserved.

Recommendations to improve 911 call center made as part of settlement in teen’s car death
Trump golf course under investigation by Westchester DA
Relief, eager anticipation for many Americans ahead of FDA decision on booster shots
Gwyneth Paltrow reveals how she talks safe sex and healthy relationships with her teenagers
‘The ﻿Wendy Williams Show’ ﻿to continue with guest hosts into November
New York City mayor to announce COVID-19 vaccine mandate for municipal workers: Source