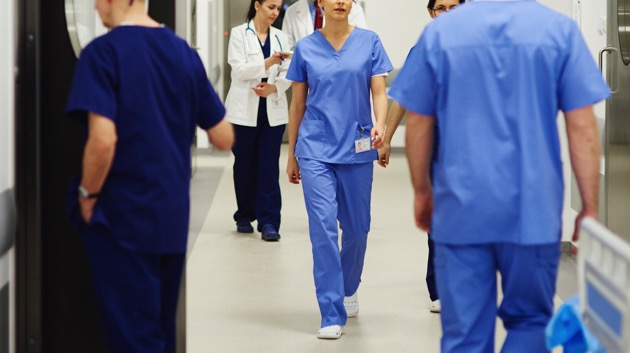 (WASHINGTON) — The Trump administration on Wednesday threatened to pull federal support for a Vermont hospital after one of its nurses alleged she was forced to participate in an abortion despite objecting on religious grounds.In a case Trump officials regard as a slam dunk against the hospital and a win for what they refer to as “religious freedom” cases, the Department of Health and Human Services (HHS) notified the University of Vermont Medical Center that it had violated the law “by forcing a nurse to assist in an elective abortion procedure over the nurse’s conscience-based objections.”However, the hospital said in a statement that when it learned of the allegations, “we promptly and thoroughly investigated them and determined that they were not supported by the facts.””The University of Vermont Medical Center has robust, formal protections that safeguard both our employees’ religious, ethical and cultural beliefs, and our patients’ rights to access safe and legal abortion,” the hospital said. “We do not discriminate against any employees for exercising their rights to opt out of procedures to which they object.”Roger Severino, head of the Office for Civil Rights at HHS, told reporters in a press call that the nurse was told in May 2018 that her help was needed to tend to a woman having a miscarriage.Upon the nurse’s arrival, the doctor — aware of her religious objections to abortions — said “please don’t hate me,” he said.Severino said the nurse protested but felt she had to participate or lose her job. HHS classified the abortion as “elective” but declined to provide details on the pregnancy, including any medical reasons the woman might have opted for the abortion.Severino told reporters he felt it was a form of discrimination against employees’ religious beliefs. He is pressing the case under the “Church Amendments,” which are laws enacted in the 1970s to protect anyone who objects to performing abortion or sterilization procedures on religious grounds.”There is room for disagreement on these issues without having to coerce people,” Severino said.The University of Vermont Medical Center said in its statement that it has “engaged with representatives from OCR about the complaint over the past nine months.””From the outset and as recently as this month, we have offered to discuss our policies and practices, and to receive OCR’s advice on how those policies and practices may be improved consistent with our obligations to our patient,” it said. “Unfortunately, OCR instead chose to proceed with the announcement it issued today.””We nonetheless remain willing to work cooperatively with OCR to identify any ways in which we can further support our employees’ conscience and religious rights, in a manner that is consistent with high-quality patient care, and the other legal and ethical obligations we have to our patients,” the hospital said.At stake is potentially millions of dollars in revenue for the hospital. According to HHS, it received $1.6 million in grant funding over a recent three-year period.HHS said in a statement that it is giving the hospital 30 days to “work collaboratively” with the agency to change its policies, “and to take immediate steps to remedy the effect of its past discriminatory conduct.”HHS said its Office of Civil Rights used to manage about one religious discrimination complaint a year, but has been reviewing “hundreds” since Trump was elected.Copyright © 2019, ABC Radio. All rights reserved.