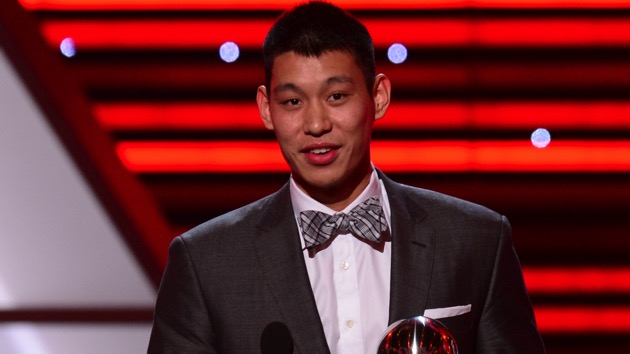 (BEIJING) — Veteran guard Jeremy Lin will head to China to play for the Beijing Shougang Ducks as part of the Chinese Basketball Association (CBA) next season, according to ESPN.

Lin won his first NBA title with the Toronto Raptors last year after playing for several teams during his nine-year career, including the New York Knicks, Houston Rockets, Los Angeles Lakers, Charlotte Hornets, Atlanta Hawks and the Brooklyn Nets.  He became a free agent at the end of the season.

He spoke to a Christian television network in Taiwan about his struggles securing a team earlier in the summer.

“In English there’s a saying, and it says once you hit rock bottom, the only way is up,” he said. “But rock bottom just seems to keep getting more and more rock bottom for me. So, free agency has been tough. Because I feel like in some ways the NBA’s kind of given up on me.”

In an Instagram post on his personal profile, Lin confirmed the news with a photo in the Beijing jersey, saying he is “Equally excited for this next step with the Beijing Ducks! I always knew my path would go through the CBA solely bc I knew how much of an honor it would be to hoop in front of all my Chinese fans. Im here now and there is more history to be made!”