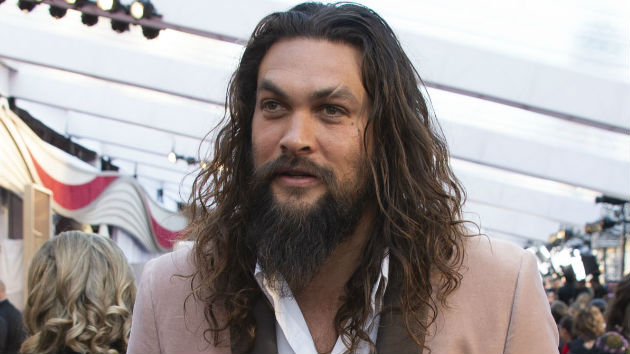 (NEW YORK) — Some may snark about his alter-ego’s powers on land, and this won’t help: Jason Momoa, the titular character in the 2018 blockbuster Aquaman, spent hours trapped in an elevator at L’Hermitage hotel in Vancouver, Canada on Monday.

The hulking 40-year-old actor — who was in the predicament with five of his friends — live-streamed the ordeal his 13 million social media followers in an Instagram Story, which was captured by Canada’s CTV. The big screen superhero and his pals complained they were stuck for at least two hours with nothing but M&Ms and beer.

At one point, Momoa pointed his camera toward the top of the elevator car, which appeared to be damaged following a failed attempt to escape.

“Look at the aftermath,” said the the six-foot-four-inch actor. “Just trying to get out, man. I was trying to be like Die Hard, but it just didn’t work out.”

“The fire department doesn’t really want to show up,” Momoa noted at one point.

Vancouver Fire and Rescue Services tells CTV they were dispatched to the hotel that night, but that they “usually take their time when dealing with elevator malfunctions unless there is a pressing emergency inside.”

“There are a lot of hazards that are associated with trying to get someone out of an elevator that’s stuck in the shaftway, as you can imagine — especially if it’s between floors,” explained public information officer Jonathan Gormick.

“Unless someone is in extreme medical distress, we wait for an expert from an elevator company to come and resolve the problem,” he continued. “Pulling people from a stuck elevator is a last option for us.”