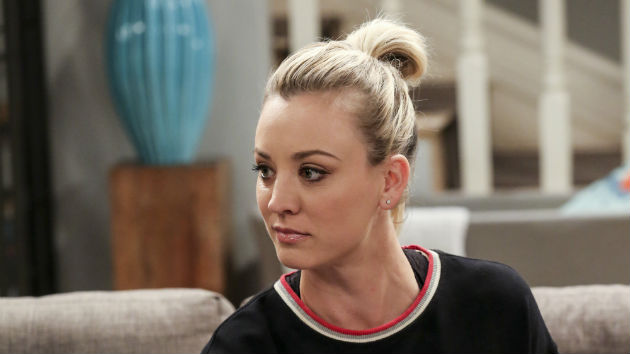 (LOS ANGELES) — Kaley Cuoco has finally opened up about her alleged divorce with husband Karl Cook.

Rumors of a split began flying after the former Big Bang Theory actress admitted to E! News that she doesn’t live with her husband.  “We have a very unconventional marriage, you know,” she revealed, “We have different locations that we’re at a lot. We’re not together every single day.”

Fans took that as as a sign that the couple was heading to divorce court.  However, Cuoco is setting the record straight in her own special way.

It all started on Saturday when her husband posted a really unflattering picture of her sleeping, complete with hunched shoulders and a double chin, to Instagram.  “In my just over year of marriage I have many times found myself gazing over at my wife in awe of her beauty and grace,” Cook wrote, “This is not one of those times.”

He finishes the caption with “Omg I love you so much honey!!!”

Eagle-eyed fans spotted Cuoco’s response in the comments, where she finally addressed those divorce rumors by joking, “I read somewhere that we are divorcing and living separate lives. It’s worth mentioning.”

So, while Cuoco has neither confirmed nor denied the rumors, it’s looking like the two will remain husband and wife.  They tied the knot 13 months ago on June 30, 2018.