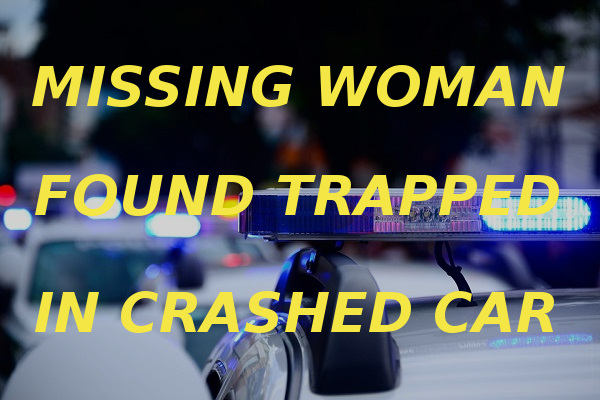 Emporium, PA – A woman who had been missing was found to be stuck in her crashed vehicle for more than a day, but thankfully she was rescued safely.

Friday at 1 p.m., community volunteers found that Hopwood had crashed her vehicle near the Cameron County Fairgrounds on Route 46.

She had been stuck inside since 8 a.m. Thursday.

Despite being trapped for about 29 hours, the woman was found responsive.

State police and local authorities worked together, along with many community volunteers.

This story might have had a very different outcome if we didn’t have so many caring people who were willing to drop everything and help.

Police want to say thank you to everyone who helped find the woman.