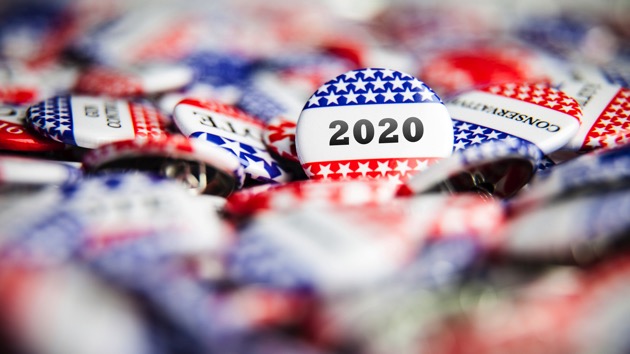 (WASHINGTON) — President Donald Trump’s 2020 campaign team on Thursday angrily disputed a report in a British tabloid that campaign chairman Brad Parscale is profiting excessively from his work for Trump.Trump campaign communications director Tim Murtaugh rejected as false anonymous allegations in The Daily Mail that Parscale was getting a cut of 2020 campaign donations.”The suggestion that he is siphoning off a percentage of donations is a lie,” Murtaugh said in a statement. “To report that because he — or anyone — is paid any amount by the campaign means he is receiving a ‘percentage’ of donations is deceptive and deliberately inflammatory. The same could be said for anyone receiving a paycheck from the campaign.”A spokesperson for The Daily Mail issued a single-sentence statement to ABC News late Thursday night in response to the Trump campaign’s contention Parscale is not getting a percentage of 2020 Trump campaign donations.”We stand by our reporting,” spokesman Sean Walsh said in an email.The campaign spokesman said Parscale had made plenty of money selling startups. And Parscale has previously acknowledged that he has made sizable sums through his campaign work for Trump. He reportedly told The Daily Mail that working for the president since 2015 has made him a “wealthy man.””I make no secret about the fact that working for the Trump family made me a wealthy man well before I ever became President Trump’s campaign manager,” he said, according to the tabloid. “The president is an excellent businessman, and being associated with him for years has been extremely beneficial to my family.”Parscale has varying interests in companies that do campaign work, although details about his compensation from those firms remain unclear because they’re privately held. He was involved in the creation of a firm called American Made Media Consultants, according to a report in The Wall Street Journal. That firm has received more than $5 million from campaign committees supporting Trump in this election cycle, according to public filings. Parscale tweeted in February that he does not own the company and receives “no percentage of any ad buys from the campaign.”Parscale sits on the board of a separate firm called Data Trust, according to published reports, a firm that’s been paid $2.5 million from the RNC this campaign cycle, the party’s election filings show.Murtaugh said in a phone interview with ABC News Thursday evening that Parscale holds a stake in only one vendor being used by the Trump campaign itself during this election cycle. That company, Parscale Strategy, provides a wide range of fundraising and web services, including digital consulting, web development and video production. It’s been paid a combined sum of almost $10.5 million from the Trump campaign, the Republican National Committee and the two joint fundraising committees between the campaign and the national party committee. It is not known how much of that went to Parscale himself.In the nine months since the president’s 2020 reelection campaign began, Parscale has spent millions on Florida real estate.Public records indicate that Parscale bought a $2.4 million canal-front property in Fort Lauderdale on Jan. 3, 2019. Three months earlier, he spent $895,000 on a three-bedroom condo nearby. An investment company he set up with his parents, called Parscale Properties, also purchased another Fort Lauderdale condo in 2018 to the tune of $1,075,000. Murtaugh said Parscale’s parents oversee the investments.Even before the latest tabloid report, the real estate purchases, totaling nearly $4.4 million, have drawn attention to the wealth Parscale and his companies have accrued through working for Trump and his campaign.In March 2018, ABC News reported that Parscale’s companies had billed the Trump 2016 campaign and the Republican Party for more than $100 million since he first became involved with the campaign in 2015. Most of those payments went to a San Antonio firm he ran when he first began working for Trump called Giles-Parscale. It’s difficult to know how much of that money went to Parscale himself. A sizable portion was passed through to pay for digital advertising that the firm helped purchase for the campaign.In early 2015, before Trump announced he was running for president, Parscale was tapped to set up the Trump’s campaign website in just two days. He had never worked in politics before, but he would go on to be an architect of the Trump campaign’s digital strategy and a big player in Republican online operations before being promoted to 2020 campaign manager in February 2018.Copyright © 2019, ABC Radio. All rights reserved.