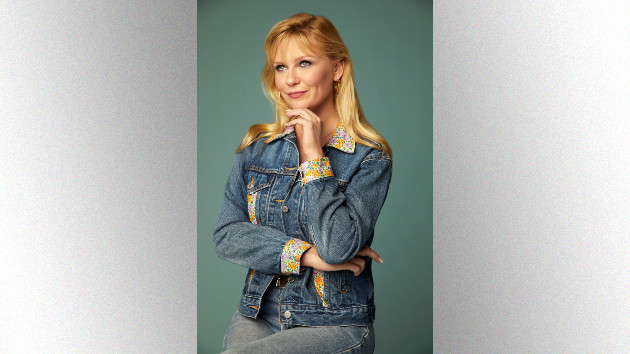 (LOS ANGELES) — In a new interview with Net-A-PORTER’s digital magazine PorterEdit, Kirsten Dunst opens up about her baby son with fiancé Jesse Plemons.

“I thought I would have a hard time getting pregnant, but it was a surprise,” the 37-year-old says. “If I hadn’t met Jesse, I would have frozen my eggs. [But] it feels like I lucked out.”

The two, who met on the set of the TV show Fargo in 2016, are the proud parents to 15-month-old Ennis Howard. Both she and Plemons were child stars, but she says they won’t be pushing their kid into the spotlight any time soon – though she understands why people do.

“If you have a kid who’s very cute, I get why people do it,” she says. “Do a Gap ad and you can make your college money. It’s the first time I kind of understand it.”

She adds, “Ennis is so adorable, with two big dimples. He is such a happy baby, and I see why I might want that memento of him at this age, but we will probably just encourage him to do school plays.”

Trump can’t stop defamation lawsuit by E. Jean Carroll, who accused him of rape, judge says
Cast of Netflix’s ‘Work It’ is ready to join the ranks of dance movie classics
“It’s painful”: A tearful Zoe Saldana apologizes for Nina Simone biopic
Beverly Johnson explains why her ‘Girlfriends Check In’ was “really important” to her during this time
Coronavirus updates: All New York schools can open, Cuomo says
Alicia Keys is launching a cruelty-free collection with e.l.f. Beauty