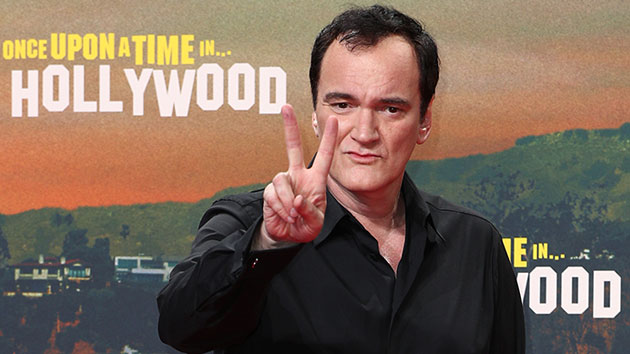 (NEW YORK) — Once Upon a Time in Hollywood filmmaker Quentin Tarantino and his wife, Daniella Pick, are expecting their first baby together.

“Daniella and Quentin Tarantino are very delighted to announce that they are expecting a baby,” the couple said in a statement obtained by People magazine on Wednesday.

Tarantino, 56, met the 35-year-old Israeli actress/singer while visiting Israel to promote his 2009 film Inglorious Basterds. The pair got engaged in 2017 after nearly a year of dating, and tied the knot in an intimate ceremony in Los Angeles back in November.

Pick makes a cameo appearance as the fictional actress Daphna Ben-Cobo in Once Upon a Time in Hollywood.