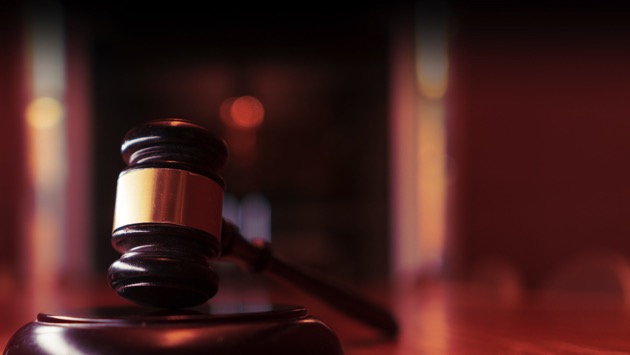 (CHICAGO) — An Illinois teenager is suing e-cigarette maker Juul and tobacco giant Philip Morris claiming the companies use illegal and deceptive marketing to prey on young people.The lawsuit, filed in federal court in Illinois on Monday, is based on the Racketeer Influenced and Corrupt Organizations Act, commonly known as RICO, which is the same law that was used by the U.S. Department of Justice 20 years ago when it sued the big tobacco companies.The lawsuit was brought by Christian Foss, a 19 year old who states in the complaint he started “juuling” at the age of 16, and argues that Juul and Philip Morris are “mimicking Big Tobacco’s past marketing practices” to “market and advertise JUUL to youth and teenagers” so that they will become addicted to the nicotine in the product at an early age.E-cigarette use among U.S. middle and high school students jumped 900 percent from 2011 to 2015, according to an advisory from the surgeon general.In 2018, more than 3.6 million U.S. youth, including one in five high school students and one in 20 middle school students, reported using e-cigarettes, according to the surgeon general.In response to the lawsuit, Juul issued a statement saying the company has “never marketed to youth and do not want non-nicotine users, especially youth, to ever try our product.”Juul pointed to the fact that it shut down its account on Facebook and Instagram in 2018 as part of its effort to “remove inappropriate social media content generated by others.””Last year, we launched an aggressive action plan to combat underage use as it is antithetical to our mission,” Juul’s statement said. “We strongly advocate for Tobacco 21 legislation, we stopped the sale of non-tobacco and non-menthol based flavored Juul pods to our traditional retail store partners, enhanced our online age-verification process and strengthened our retailer compliance program with over 2,000 secret shopper visits per month.”Altria, Philip Morris’ parent company, said in a statement that “virtually all of the conduct alleged in the complaint occurred before Altria had any economic interest in Juul.”Altria bought a 35 percent stake in Juul in Dec. 2018 for $12.8 billion.”Altria’s minority stake in Juul provides no basis for liability against Altria or PM USA,” the statement said.In 1999, the U.S. Department of Justice sued the major tobacco companies, including Philip Morris, alleging a decades-long conspiracy to mislead the public about the dangers of smoking, secondhand smoke, and how addictive nicotine can be. The case was decided in the government’s favor in 2006, and upheld on appeal in 2009 with corrective statements to be published by the companies finalized in 2017.In 1998, the five largest tobacco manufacturers in the U.S. settled combined litigation from the state Attorneys General of 46 states, five U.S. territories and the District of Columbia for $206 billion — the largest civil settlement in U.S. history.Juul is the dominant player in the e-cigarette market, which originally positioned the product as an alternative to cigarettes. The pens are sleek and produce less vapor than traditional cigarettes, and are emblematic of the brand’s Silicon Valley roots.But as vaping has gained in popularity, Juul and other e-cigarette companies are attracting similar criticism to that once leveled at the legacy tobacco companies.Vaping has also drawn fire from Washington. Calling e-cigarette smoking an epidemic, the U.S. Surgeon General has said that since 2014, they have been the most commonly used tobacco product among U.S. youth.When Foss began vaping, he did not know he was consuming more nicotine than if he were to smoke a traditional cigarette, and was drawn by the mango, cucumber and mint flavors, the suit alleges. The complaint states he now “suffers from exasperated asthma” which he claims is “a known complication of nicotine ingestion.”A similar lawsuit was filed against Juul, Altria and Philip Morris in Florida earlier this year, and also invoking RICO, a tactic legal experts said, if successful, can result in larger damage awards.Juul referenced the Florida case in its comments about the Illinois suit, calling it “without merit,” and said Foss’s claims “simply copies and pastes allegations previously raised in Florida which we are actively contesting.”An Altria spokesperson said the company’s minority stake in Juul came after the behavior in the Florida case allegedly occurred and that there is “no basis for liability against Altria or PM USA.”Copyright © 2019, ABC Radio. All rights reserved.