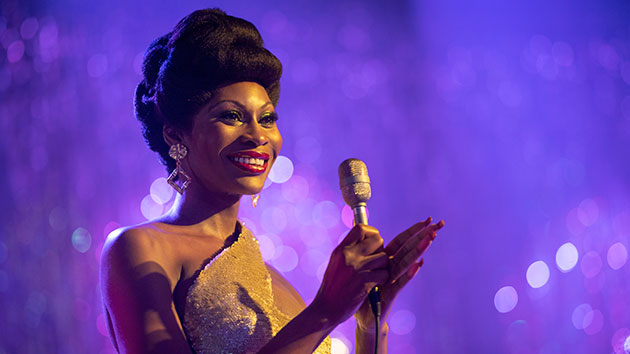 This season, the series — which follows African-American and Latino LGBTQ ball culture in New York City in the late ‘80s/early ‘90s — tackled everything from the effect of Madonna’s “Vogue” to the growing AIDS crisis.

The season finale will time-jump to 1991, but no matter how much time passes, Pose stars Dominique Jackson and Indya Moore say the characters will always come back to their chosen families, known as Houses.

“[The] foundation between the characters…is love and family,” Jackson, who plays the fierce House mother Elektra, tells ABC Radio. “So no matter how we may fuss, fight or where we go, you will always find us coming back together to be one, to be there for each other, as Elektra has run back to Blanca so many damn times.”

Moore, who plays aspiring model Angel on the show, says we’ll see the characters maturing as they branch out to follow their dreams.

Moore adds, “We get to see how all those things add up and how the families mature, whether together or separately.”

Traveling over the holidays? Experts say take advantage of vouchers and lack of change fees
COVID-19 live updates: CDC director stands by decision to overrule panel on boosters
Police investigate ‘suspicious’ death of mother and child at Padres stadium in San Diego
‘Moulin Rouge! The Musical’ ﻿and ﻿’A Christmas Carol’ ﻿win big at 74th annual Tony Awards
‘Shang-Chi and the Legend of the Ten Rings’ dominates box office for fourth straight week
Elon Musk and Grimes have split up: “We are semi-separated”