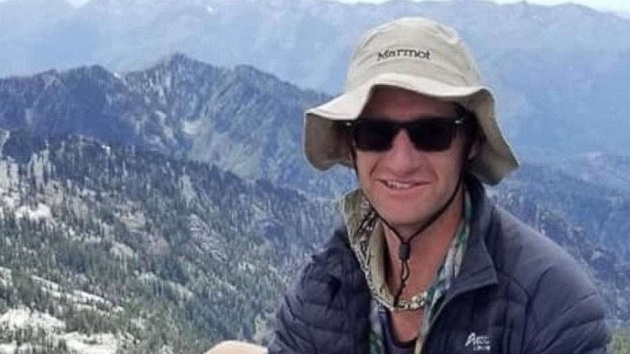 (NEW YORK) — A Northern California hiker was found dead on Sunday after an intense three-day search, police said.Rescuers found the body of Daniel Komins late Sunday morning in a remote wilderness area in the Trinity Alps, where he had embarked on a five-day solo hike on Aug. 10, according to the Trinity County Sheriff’s Office.His family reported the 34-year-old missing when he did not return home as planned on Aug. 14. Preliminary investigation indicates that he may have fallen “in the steep and rocky terrain,” the office said.”Komins’ remains were flown from the area via helicopter,” the sheriff’s office said in a statement Sunday. “Although this was not the outcome that was wanted, the Trinity County Sheriff’s Office as well as family members of Komins, wanted to thank the Search and Rescue members as well as all other volunteers, for assisting in bringing Daniel Komins home.”Komins, who is an experienced hiker, had spoken with his girlfriend on the night of Aug. 11 and “informed her that the trip was going as planned,” according to the sheriff’s office.Komins’ empty car was found near the trailhead on the same day, officials said. He had food, water and backpacking supplies with him on the hike.”During the late morning, a California Highway Patrol helicopter observed what appeared to be a backpack. The backpack had been off trail, between L Lake and Mirror Lake,” the statement said. “Ground search teams, who were already near the area, went to the location of the backpack in an effort to recover it. The backpack was recovered and later determined to have belonged to Komins.”Authorities had organized a 40-person ground search for him last week.The Trinity County Sheriff’s Office, Trinity County Search, Butte County Search and Rescue, Marin County Search and Rescue, Contra Costa County Search and Rescue and the California Highway Patrol had all been involved in the search, which included ground and helicopter teams. Copyright © 2019, ABC Radio. All rights reserved.