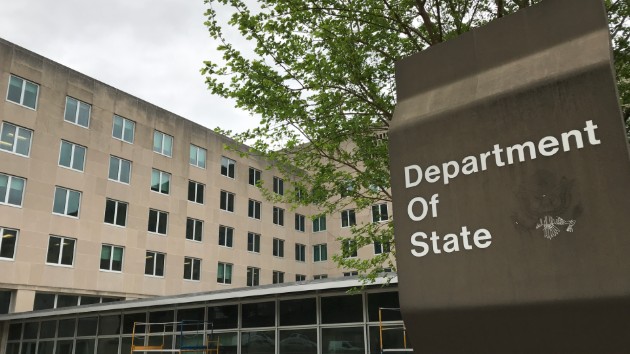 (WASHINGTON) — Career State Department employees in one of the agency’s critical bureaus faced harassment, mistreatment and retaliation by its top Trump appointees, according to a new inspector general report. The report on the Bureau of International Organization Affairs centers around two senior officials, Mari Stull, a food and beverage lobbyist turned wine blogger under the name “Vino Vixen,” and the bureau’s head, Assistant Secretary of State Kevin Moley. According to the report, Stull harassed career employees who she thought were “disloyal” to President Donald Trump and, together with Moley, they removed some from their responsibilities and even one senior official from her post. Approximately 50, including senior officials, left on their own because of their management style.In addition to the retaliation, the IG report found that Moley and Stull treated employees in a “harsh and aggressive manner,” engaged in “disrespectful and hostile treatment,” and created a “negative and ‘vindictive’ environment.” Stull and Moley “frequently berated employees, raised their voices, and generally engaged in unprofessional behavior toward staff.”The report, rich in detail, is based on the 40-plus interviews that the IG office conducted. Stull initially asked the IG to investigate her own claims of fraud, waste and abuse in the office, but later declined to be interviewed. She left the State Department in January 2019, so she no longer has to comply or faces any penalty.Moley is still serving as assistant secretary and denied several of the accusations, telling the IG office, “The behavior attributed to me regarding raising my voice, berating employees and contributing to a hostile work environment does not represent the person I am or have ever been.”The State Department told the IG that he has received counseling from department leadership “on appropriate leadership and management of the bureau. Further discipline will be considered.”It also accepted other recommendations, including developing a “corrective action plan to address the leadership and management deficiencies” within 60 days.The International Organization Affairs, or IO, bureau is a lesser known one within the State Department, but its critical function is to be the primary interlocutor with the United Nations and other important international bodies, covering human rights, nuclear issues, climate change, global health and more.One of the more salacious details that has been reported in the news — that Stull kept a loyalty list — was not confirmed by the IG, but it seems in principle she kept one. Employees say in the report that she called them or others in the office “traitors,” “Obama holdovers” or “disloyal.”While working at a different agency, Stull sought an IO employee’s help with a personal matter. On the advice of the State Department’s legal team, he declined. But once at IO, Stull harassed both the employee and his manager for not helping, according to the report. That included bad-mouthing them to senior leaders, assigning a junior employee to “monitor” their phone calls, attempting to take away job responsibilities and barring the employee from traveling to important events like the U.N. General Assembly.Another employee said working with Stull meant “six to eight hostile interactions per day,” per the report. In one instance, she called an employee’s report on other nations’ U.N. contributions “garbage” and threw it at another employee. In another, she and Moley berated a junior employee until she cried.When the bureau’s principle deputy assistant secretary, a career Foreign Service officer, raised concerns with Moley about Stull and his management, she was eventually removed by Moley — which the IG report says was a retaliatory move that broke department policy.Beyond this senior official, Moley dismissed concerns from other employees about Stull and his management, according to the report; Moley said no one ever raised any issues with him. Even when senior officials above Moley’s rank raised concerns with him, he “did not undertake any meaningful efforts to address these concerns.” In fact, some of the actions described in the report happened after an intervention in June 2018.When concerns were raised with Stull, she said she was the real victim and told at least one employee that “raising such concerns was pointless because the Trump administration ‘has my back."”There is a second IG report on similar personnel issues that has yet to be released. That one deals with senior members of former Secretary of State Rex Tillerson’s staff who allegedly retaliated against employees in the secretary’s office, including one for being of Iranian descent. One of those staffers, Brian Hook, remains a top adviser to Secretary of State Mike Pompeo.Copyright © 2019, ABC Radio. All rights reserved.