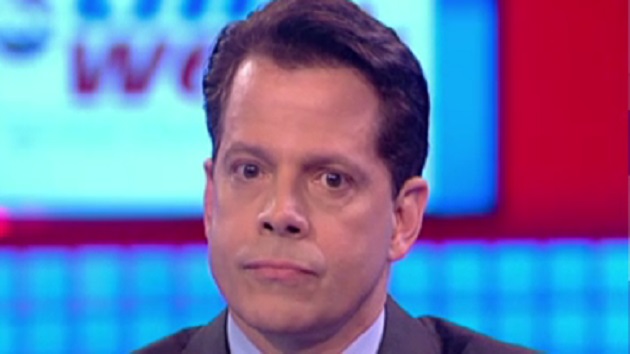 (WASHINGTON) — Anthony Scaramucci, who served a record 11 days as the White House communications director, is now calling for President Donald Trump’s tenure to be limited to four years. “He goes after individuals as the president of the United States on his Twitter account, which incites hate, which incites death threats,” Scaramucci said of the president on CNN’s New Day. “At some point the people in my party will have to look at all this stuff and stop being anesthetized to it and say ‘hey, what are we doing?"”Previously a Trump loyalist, Scaramucci has recently been critical of the president’s controversial tweets attacking Democratic lawmakers and called Trump’s visit to an El Paso, Texas, hospital in the wake of a mass shooting “a catastrophe.”Over the weekend, Axios reported that Scaramucci escalated his criticism by saying Republicans may need to find another candidate to top the ticket in 2020.”Sound and reasonably minded men and women in the Republican party will say wait a minute, we can’t do this. He is giving people a license to hate,” Scaramucci said on CNN.While Scaramucci said he didn’t support Trump’s reelection and called on Republicans to consider changing the ticket, he has yet to publicly name any potential replacements.Trump targeted Scaramucci on Twitter over the weekend, writing that he was “totally incapable” of handling the position of White House communications director. “Anthony, who would do anything to come back in, should remember the only reason he is on TV, and it’s not for being the Mooch!” Trump added.In a statement, White House press secretary Stephanie Grisham said Scaramucci, “worked at the White House for less than two weeks and is certainly no expert on this president. This is all so self-serving on his part and the media plays right into it. It’s embarrassing to watch.”Scaramucci explained in a series of tweets that he had previously stayed loyal to the president “based on private interactions and select policy alignment. But his increasingly divisive rhetoric — and damage it’s doing to fabric of our society — outweighs any short-term economic gain.””He started attacking me personally because I started calling him out even more loudly and directly,” Scaramucci added. “It only got attention because most of my fellow Republicans are too scared to stand up to him in public even though in private they’re saying the same things as me.”

Nearly a dozen ex-military members among those arrested in connection with Capitol riot
Nestle delivers sweet taste of nostalgia with new Cinnamon Toast Crunch milk
Shawn Johnson pregnant with baby No. 2 with husband Andrew East
Longtime Trump advisers connected to groups behind rally that led to Capitol attack
Macaulay Culkin joins petition to edit Donald Trump out of ‘Home Alone 2’
Companies target GOP with fundraising pullback. How much will it matter?