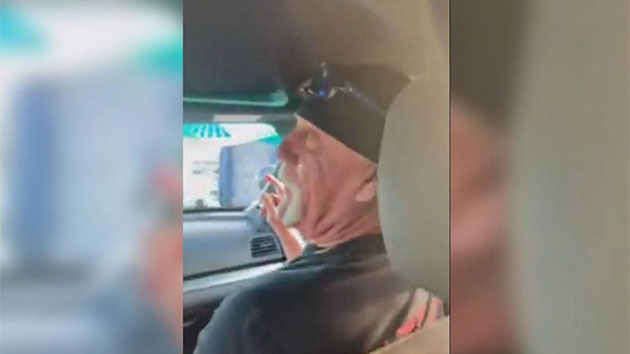 (CHICAGO) —  The Chicago Police Department has opened an internal investigation into what it says was an unauthorized ride former professional wrestler Hulk Hogan was allegedly given from an officer at the airport.On Aug. 2, Hogan, whose legal name is Terry Bollea, posted a video to Facebook Live showing him sitting in the front seat of a patrol car driven by a uniformed officer as he left Chicago O’Hare International Airport.”My Uber’s got a siren,” he joked.The video was taken by Hogan’s manager, Jimmy Hart, ABC Chicago station WLS-TV reported. A row of parked planes could be seen through the windshield of the car.”We loved Chicago PD,” Hart said.The escort was not authorized by the department, and airport operations Cmdr. Thomas O’Brien “had no knowledge that it was taking place,” Chicago Police Chief Communications Officer Anthony Guglielmi said in a statement.The video, which was later removed from Facebook, was brought to the attention of Chicago Police Superintendent Eddie Johnson this week and is of “significant concern,” Guglielmi said.Department officials are in the process of revoking credentials for the officer to operate a vehicle on airport grounds pending the internal investigation into him and airport supervisors, Guglielmi said.Later that night, Hogan posted a video of him shaking hands with Dennis Rodman at dinner.”Good night with the boys in Chicago!” he wrote.

Additional information was not immediately available.