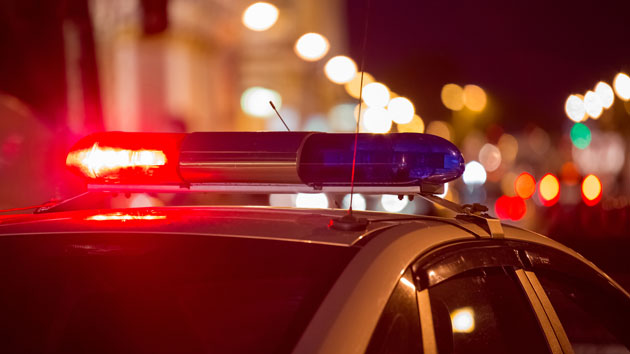 (HENNING, Tenn.) — An “extremely dangerous” inmate who escaped from a Tennessee prison last week has been captured, according to authorities.Homicide suspect Curtis Watson, 44, escaped from work detail at the West Tennessee State Penitentiary in Henning, Tennessee, on Wednesday. He was apprehended around 11 a.m. Sunday, authorities said.The Tennessee Bureau of Investigation posted surveillance video showing Watson about 10 miles away from the prison just hours before he was captured.Watson was initially considered a person of interest in the murder of 64-year-old Debra Johnson, the West Tennessee administrator for the department of corrections, who was found dead in her home Wednesday morning with a cord wrapped around her neck. Johnson lived on prison grounds.Investigators later named Watson a suspect in Johnson’s death after the state’s Violent Crime Response team concluded their investigation at the crime scene. The TBI had secured warrants for Watson on charges of first-degree murder, aggravated burglary and aggravated sexual battery.Johnson died from strangulation and had been sexually assaulted during the attack, according to court documents.It was not immediately clear whether Watson and Johnson had been in contact before, but one official said it was “not uncommon for her to know the inmates who work on the property.”Johnson had been employed by the state for 38 years and “was very well regarded with staff and inmate population,” Tony Parker, commissioner of the Tennessee Department of Corrections, said at the press conference Thursday.Watson was serving a sentence for especially aggravated kidnapping, which he was convicted of in 2013, according to the TBI. His prior conviction for child abuse expired in 2011, authorities said.A reward of $52,000 had been offered for information leading to Watson’s capture.Copyright © 2019, ABC Radio. All rights reserved.