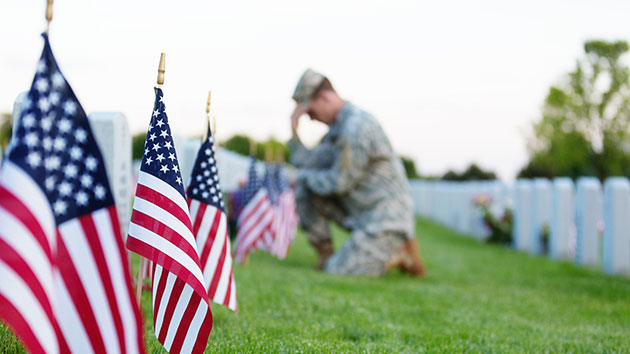 (NEW YORK) — A United States service member who was advising Iraqi security forces was killed Saturday in the northern Nineveh province of Iraq, according to the U.S.-led coalition fighting the Islamic State in Iraq.“One U.S. service member died today during an Iraqi Security Force mission in Ninewah province, Iraq, while advising and accompanying the (Iraqi security forces) during a planned operation,” the statement said.The name of the service member will be withheld until notification of next of kin, the statement said.Approximately 5,000 troops are currently stationed in Iraq as part of a security agreement with the Iraqi government to train, advise, and assist the country’s troops in the fight against Islamic State, which overran large parts of Iraq in 2014.Iraqi forces have recently launched operations in the country’s north to weed out remnants of Islamic State group.This is the first combat-related death of an American service member in Iraq this year. Two American service members and a Defense Department civilian were killed in Manbij, Syria in January as part of the US-led coalition fighting ISIS there.Copyright © 2019, ABC Radio. All rights reserved.

Female US service member allegedly assaulted by male Afghan refugees at Fort Bliss
Report: Tom Felton suffers medical emergency during charity golf match
Kids whose mothers were depressed during pregnancy more likely to be depressed: Study
Influential filmmaker Melvin Van Peebles dies at 89
Uma Thurman reveals she had an abortion when she was a teen: “It has been my darkest secret until now”
Cynthia Erivo salutes Michaela Coel on her historic Emmy win: “Proud is an understatement”