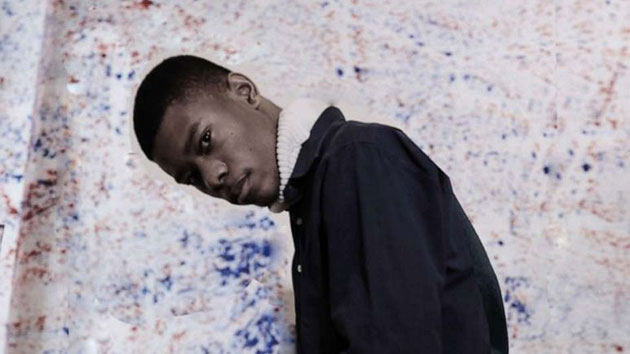 (NEW YORK) — Most Instagram influencers wouldn’t share a simple few second clip of them walking back and forth across their room. But most people aren’t changing the very conversation around influencers like Damion Gross.When Gross was around 5 years old his mother noticed he wasn’t sitting and crawling like his brothers, so she decided to take him to a doctor. It was there that he was diagnosed with cerebral palsy, a group of disorders that affects a person’s mobility, balance and posture.His mother was told he would most likely never be able to walk.”The doctor he told me and my mom that I was never going to walk. He said I would be in a wheelchair for the rest of my life but look, I proved him wrong I’m walking,” Gross said in a video he posted on Twitter that garnered more than 90,000 views.Now 20 years old, not only is he walking, Gross is a content creator and aspiring model who’s changing the conversation around disabilities.He was inspired to post that first video after he came across footage on social media where a man was bullying a disabled person. The video he shared in March now has over 3,500 likes.”I said, ‘You know what, let me just post a video of me walking, letting people know that I’m not ashamed of this, that I’m comfortable in my body,"” he told “Good Morning America.”The clip blew up instantly, and once he saw the positive feedback pouring in, he knew this was what he needed to do — to give a voice and shine a positive light on his community, Gross said.Now with over 62,000 followers on Twitter and over 53,000 followers on Instagram, Gross said people with cerebral palsy and other disabilities reach out to him on a daily basis, praising him and even thanking him for helping them through depression.”That shows me I’m doing something right,” he said.Gross said he can relate, as he too went through a period of depression during elementary school and middle school when he would get bullied for his condition. It got so bad at one point that he started to have suicidal thoughts, Gross told “GMA.””I didn’t have tough skin and it would always get to me,” he said, before he eventually realized, “at the end of the day, it’s just words.””I’m not going to let anybody take my life just because they said something mean,” he added.He’s been in a good place since, focusing on his family, his well-being and career goals.After his videos went viral, a small fashion company reached out to him to see if he wanted to model their new clothing line. Gross was hesitant at first, but said he was pleasantly surprised at the photographs and realized it was something worth pursuing.A few weeks later, Maya Table, producer and director of Samfrank Productions, came across his page on social media and connected with him.Calling Gross kind and genuine, Table said he had a natural talent at modeling.”I think him being a model will be so inspiring — normalizing is a big part of it,” Table told “GMA.” “I’m just really excited about where he goes next.”Using his growing platform, Gross said his goal is to make people comfortable with their disabilities, so instead of feeling shame they can feel empowered to come out with their own stories.”Society likes to put us on the back burner and not really acknowledge us,” Gross said, “and that’s what I’m trying to do — I’m trying to break the walls and break barriers.”Copyright © 2019, ABC Radio. All rights reserved.