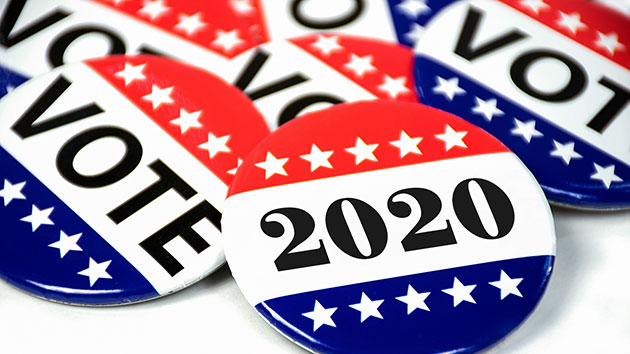 (DES MOINES, Iowa) — Seventeen Democratic presidential candidates joined gun control advocates at a rally in Iowa on Saturday and called for the Senate to vote on a pair of background check bills passed by the House earlier this year.A week after 31 people died in mass shootings in El Paso, Texas, and Dayton, Ohio, the 2020 hopefuls slammed Republicans for inaction as massacres involving guns become increasingly common.Appearing at an event put on by the groups Everytown For Gun Safety and Moms Demand Action, the candidates cited broad public support for requiring a background check for gun purchases and called on Senate Majority Leader Mitch McConnell, a Republican, to call lawmakers back from their August recess to vote.”Reconvene the Senate now,” Vermont Sen. Bernie Sanders thundered, to applause. “McConnell wants to vote against gun safety legislation. Let him vote against it. But reconvene the United States Senate. Let’s have that discussion, let’s have that vote, do what the American people want!”Earlier this week, McConnell said he doesn’t see a point in calling the Senate back into session, despite numerous calls from Democrats to do so, and that he is on board with passing some sort of legislation in September that has bipartisan support in both chambers of Congress, as well as the backing of President Donald Trump.The president said Friday that he thinks “very meaningful background checks” can pass Congress, but echoed McConnell in saying that the Senate can take up the issue in September.Democrats have meanwhile faulted the president for not taking responsibility for his fiery rhetoric has fanned divisions in the country.“President Trump has spewed hate and division and racism and homophobia every moment on his presidency,” Sen Kirsten Gillibrand of New York told the crowd.Sen. Elizabeth Warren of Massachusetts, who became the latest candidate to release a gun-control platform Saturday morning, also called on consumers to use the “power of the purse” and boycott Walmart, one of the leading sellers of guns and ammunition in the country, until the company agrees to stop selling guns. She also called for a boycott of Wells Fargo bank, which does business with the National Rifle Association.”I think it would be a lot more effective if they just stop selling guns,” she said to cheer. “It’s up to every Walmart customer … to say I’ve got choices on where I spend my money. I’ve got choices where I do my banking.””I’d rather spend my money and I’d rather do my banking in line with my values,” she said.Warren’s remark prompted push-back from former New York City Mayor Mike Bloomberg, the billionaire founder of Everytown and a funder of Moms Demand Action, who joked in his remarks that there wouldn’t be a gun control forum this weekend without the commercial success of his financial empire.Some differences did emerge at the forum, including how candidates can best frame their message around gun control.Former Vice President Joe Biden said that Republicans “should be exposed” for blocking background checks, and said that opposition to gun control measures was motivated by profits.”The gun manufacturers are supplying the leadership of the NRA with their income… It’s all about commerce for them,” Biden said.Montana Gov. Steve Bullock, who noted that he is a gun owner and a hunter, said that activist needed to find common ground with gun owners who, like gun control advocates, are “worried about their kids” being safe in school.“I don’t believe and nor want to take everybody’s guns away,” Bullock said. “What we want to do is keep our families and communities safe.”Copyright © 2019, ABC Radio. All rights reserved.