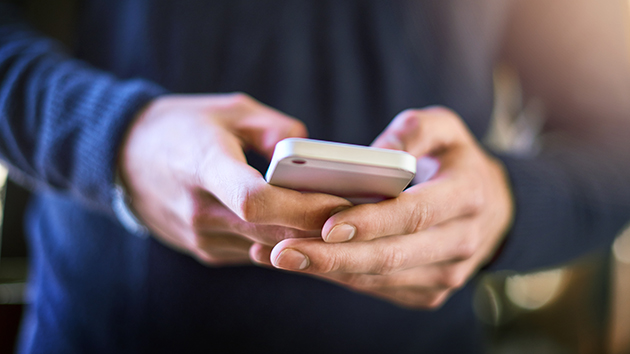 (PEWAUKEE, Wisc.) — A newly passed city ordinance will allow police in a small city in Wisconsin to issue fines against teens who send naked pictures or videos.Pewaukee police chief Timothy Heier told ABC News that sexting was a persistent problem, and that the school resource officer at the local high school ended up spending a significant amount of time addressing it during the last school year.”It seemed like this topic would come up on a weekly basis,” Heier said.The police department drafted an ordinance that was approved by the village board earlier this week that would implement fines if someone is found to have sent a nude photo of themselves or others.Heier said that a first-time offender will be charged $439, and a second offense will result in a $628 fine. The police department based those fines on the amount an adult is fined for disorderly conduct.The point is not to enrich the city and the police department, but rather an attempt to change the behavior of young people, Heier said.”We’re here to stop their actions and make them think of the consequences for their actions,” he said. “These decisions that they make now are things that can affect them for the rest of their lives.”Once a picture is sent, it can be shared again over a long period of time and “we need to engage our children educate our children,” Heier said.Because the new policy is in the form of an ordinance rather than a law, Heier said that any offenses relating to this would be kept on a juvenile municipal record, which would not be made public and does not count as a criminal record.If someone offends more than twice, “we’d have to review it at that point and determine if we have the option of going with state charges,” Heier said.

What is Title 42? Amid backlash, Biden administration defends use of Trump-era order to expel migrants
Trump return to White House ‘would be a disaster’ for US intelligence: Former DHS whistleblower
Pfizer CEO says it’s possible to distribute both boosters and primary doses
US enters deferred prosecution agreement with detained Huawei executive Weng Manzhou
Harris interview with ‘The View’ delayed after co-hosts test positive for COVID-19
Generational wealth implications: Black and Latino-owned homes are more likely to be undervalued