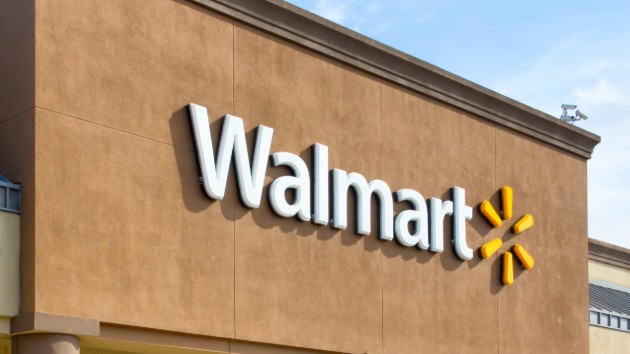 (SPRINGFIELD, Mo.) — Police in Springfield, Missouri, detained a man on Thursday afternoon after he walked into a Walmart, armed with a rifle and wearing body armor. The white male, in his 20s, was stopped by an armed off-duty firefighter until officers arrived and took the man into custody, the Springfield Police Department said. A video taken by a witness outside the store shows the suspect with his arms up in the air and what looks like an assault rifle slung around his neck as he’s being arrested.It’s unclear what the man’s motive was, but police told ABC Springfield affiliate KSPR-TV that the man was recording himself with his cellphone while walking through the store.The man had about 100 rounds of ammunition on him when he entered the store, police told the station.”All we know is the fact that he walked in here heavily armed, with body armor on, and military fatigues on, and caused a great amount of panic inside the store,” said Lt. Mike Lucas with the Springfield Police Department. “He certainly had the capability and potential to harm people.””His intent was not to cause comfort or peace to anybody that was in the business here. In fact, he’s lucky to be alive still, to be honest,” Lucas added.The man’s name was not released and it’s unclear if he’s facing any charges.The scare comes less than a week after an armed man killed 22 people and injured dozens more at a Walmart in El Paso, Texas, and nine were killed during a shooting in Dayton, Ohio.”Obviously what’s happened in Texas and Dayton, and that kind of stuff in the last seven days, that’s on everybody’s mind,” Lucas said.Police said there is no longer a threat to the community and the Walmart has since reopened.