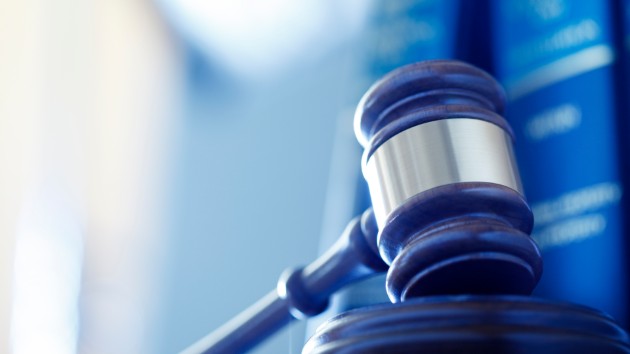 (NEW YORK) — A federal prosecutor in Florida who served more than a decade ago as the lead prosecutor during in an expansive federal investigation of disgraced financier Jeffrey Epstein’s alleged sex crimes against children is confident that an ongoing internal investigation will reveal her efforts to prosecute Epstein “to the fullest extent of the law and to accord his victims their rights under the law,” her attorney told ABC News on Thursday. Earlier this year, the Justice Department’s Office of Professional Responsibility opened a probe into the handling of the case amid renewed scrutiny of the plea deal Epstein reached with the U.S. Attorney’s Office in Miami in 2007, led by then-U.S. Attorney Alexander Acosta. A non-prosecution agreement allowed Epstein, who was recently indicted on sex trafficking charges in New York, to plead guilty to two state charges and avoid federal charges for an allegedly broad pattern of similar sexual misconduct. He would serve just 13 months of an 18-month sentence in county jail in Florida.Assistant U.S. Attorney A. Marie Villafaña, who plans to leave her position with the Department of Justice after 18 years for a supervisory post in another government agency, is eager for the public to review the internal investigation’s findings, said her attorney, Jonathan Biran of the Tennessee-based law firm Baker Donelson, in a statement.“We hope and expect that the Department will publicly release its report concerning the Epstein investigation,” Biran said. “Ms. Villafaña looks forward to the day when the public will fully understand her role and that of her superiors in the Epstein investigation.”Villafaña’s superior during the Epstein investigation was Acosta, who recently resigned as President Donald Trump’s Labor Secretary after facing questions about his role in the much-criticized plea deal. Earlier this year, a federal judge in Florida ruled that Acosta’s office had violated the rights of Epstein’s alleged victims for failing to confer with them in advance of the signing of the non-prosecution agreement with Epstein.In a press conference prior to his resignation, Acosta defended the deal, saying he believes he and his office “proceeded appropriately.”“The goal here was straightforward,” Acosta said. “Put Epstein behind bars, ensure he registered as a sexual offender, provide victims with a means to seek restitution, and protect the public by putting them on notice that a sexual predator was within their midst.”Yet, even as Villafaña’s role in the case has come under scrutiny, advocates for Epstein’s alleged victims have publicly defended her.Brad Edwards, a Fort Lauderdale attorney who represents a number of Epstein’s alleged victims in a lawsuit against the DOJ challenging the Epstein deal, told ABC News in an interview that Villafaña appeared determined to prosecute Epstein and others who may have facilitated his alleged crimes.She was “putting together a solid prosecution,” he said, that included a 53-page draft indictment and an 82-page prosecution memo.“In the end,” Edwards told ABC News, “[she] was carrying out directives from levels above her.”Villafaña has to date declined to speak publicly on her own behalf, even as she has faced public criticism.She respects the rules “regarding refraining from commenting on ongoing litigation,” her attorney said, contending that there are specific pieces of evidence that she believes would cast her role in a new light.“She also has respected the Office’s decision to assert the attorney-client privilege, the executive privilege, and the Privacy Act, which have prohibited the disclosure of internal communications showing Ms. Villafaña’s efforts to prosecute Jeffrey Epstein to the fullest extent of the law and to accord his victims their rights under the law, as well as providing them with support and compassion,” Biran said in the statement.“Ms. Villafaña is confident that, when DOJ’s internal investigation has been concluded, the Department will find that she acted properly in all respects as the lead prosecutor in the federal investigation of Jeffrey Epstein,” the statement added.The date of Villafaña’s departure has not yet been determined, but Biran said that her transfer out of the Department of Justice is unrelated to the controversy over the Epstein ordeal.“This change has been in the works for many months,” Biran said. “It has nothing to do with the Epstein investigation. Nobody at the U.S. Attorney’s Office has asked AUSA Villafaña to resign; to the contrary, her superiors have asked Ms. Villafaña to stay on.”Copyright © 2019, ABC Radio. All rights reserved.

Biden challenges UN to act together on pandemic, climate change
Line 3 pipeline resistance continues as activists ask Biden admin to shutdown project
Britney Spears makes triumphant return to Instagram, but some fans think someone else is running the account
Second dose of J&J COVID-19 vaccine results in stronger protection, company says
Biden to focus on ‘intensive diplomacy’ at UN amid tensions with allies
Republicans dig in on debt-limit standoff despite Democratic effort to mount pressure