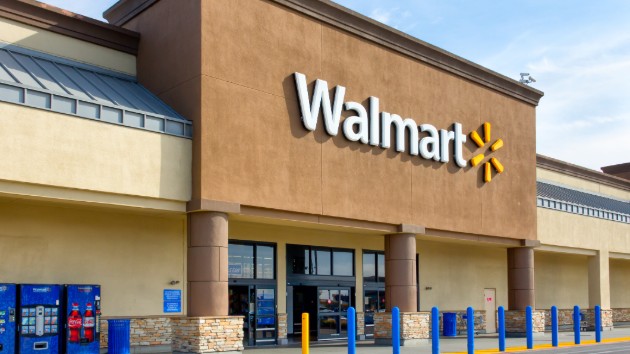 (NEW YORK) — Walmart CEO Doug McMillon wrote a letter to employees addressing two deadly shootings that occurred at its stores in less than a week, promising a “thoughtful and deliberate” response from the company. On July 30, two Walmart employees were shot and killed at a Walmart store in Southaven, Mississippi, by a former employee who had recently been fired, and a shooting at a Walmart in El Paso, Texas, on Saturday has killed 22 people and injured more than two dozen more.Another shooting scare occurred at a Walmart in Baton Rouge, Louisiana on Tuesday after two men who were arguing pulled guns on each other, sparking chaos among panicked customers.McMillon traveled to El Paso after the attack, which is now being investigated as a hate crime, and promised to continue to promote diversity in the El Paso community.”As it becomes clearer that the shooting in El Paso was motivated by hate, we are more resolved than ever to foster an inclusive environment where all people are valued and welcomed,” McMilon wrote in a letter posted to LinkedIn Tuesday. “Our store in El Paso is well known as a tight-knit community hub for people in the region, where we serve customers from both sides of the border. I continue to be amazed at the strength and resilience that we find in the diversity of the communities where we live and work.”In the aftermath, Walmart faced mounting pressure to stop selling guns.McMillon wrote that the corporation will “work to understand the many important issues that arise from El Paso and Southaven, as well as those that have been raised in the broader national discussion around gun violence.””We will be thoughtful and deliberate in our responses, and we will act in a way that reflects the best values and ideals of our company, with a focus on serving the needs of our customers, associates and communities,” he said.McMillon acknowledged the “shock, anger, grief” employees may be feeling in the wake of shooting deadly shootings.He also offered praise to the many who offered assistance during the shooting. In addition to thanking the first responders, McMillon named several employees who rushed in to help during the attack.”We heard incredible stories of associates who made heroic efforts to get customers to safety,” he wrote. “From our Store Manager, Robert, who was leaving the store and then ran back in when he heard the shots, to Gilbert and Lasonya, who helped dozens of customers to safety out the back of the store, to Mayra, who may have been the very first responder and did an exceptional job, bandaging wounds and helping customers escape.”He continued, “When the worst happens, we counter with our best selves. We support each other, pray together, stand firm and heal together.”Grief counselors will be available to employees for support, McMillon wrote. Copyright © 2019, ABC Radio. All rights reserved.

Mom dying of ovarian cancer shares what she wants women to know about the deadly disease
First ‘SNL’ guests of the season: Owen Wilson, Kim Kardashian West, Rami Malek, and Jason Sudeikis
Jada Pinkett Smith celebrates 50th birthday on ‘Red Table Talk’; ABC to adapt Baratunde Thurston’s ‘How to Be Black’
Ray J responds to rumors of a second sex tape with Kim Kardashian: “This ain’t cool”
Is It Time To Go All-In On The Raiders?
Billy Porter reveals why he wants to say “thank you” to Elizabeth Taylor