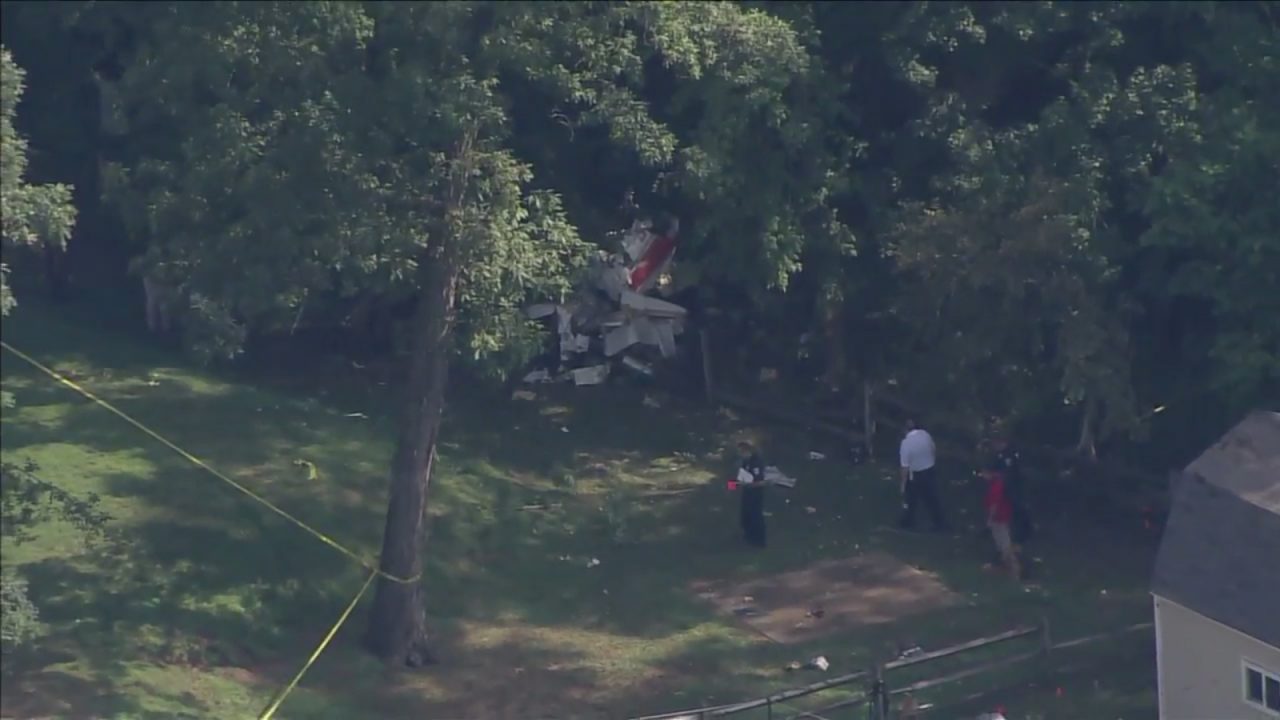 (PHILADELPHIA) — Three people aboard a small plane were killed when the aircraft crashed in a residential neighborhood outside Philadelphia, according to authorities.Police in Upper Moreland Township said that at around 6:20 a.m. on Thursday morning they received a 911 call from a resident on Minnie Lane who reported that a small plane had crashed in the backyard.”(Officers) discovered a single-engine Beechcraft (F33A) Bonanza aircraft had crashed in a wooded area behind the homes here along Minnie Lane,” Upper Moreland Police Chief Mike Murphy said during a news conference.The plane departed from Northeast Philadelphia Airport at 6:12 a.m. and appeared to be bound for Columbus, Ohio, according to the registered flight plan, police said.”I heard this loud airplane coming in very, very close,” homeowner John Quatrini told ABC News Philadelphia station WPVI-TV Thursday. “I really thought for a minute it was going to hit our house. It was that close. Thankfully, it didn’t.”Murphy said officers found three passengers who had been killed in the crash — one man and two women. The man had a pilot’s license.”We are actively attempting to positively identify all three victims,” Murphy said. “We have tentatively identified two but until we positively identify all three victims and make family notifications, we will not release the names of the victims.”He said the Federal Aviation Administration had arrived on the scene and the National Transportation Safety Board was on its way to begin its investigation.”There’s a huge debris field. There are pieces of debris spread out over four backyards and they’re far up into the yards,” Murphy said.The Montgomery County coroner also was on the scene to recover the passengers’ remains.No one on the ground was hurt, and while the plane did not hit any homes, there was one shed that sustained some damage.The FAA has confirmed that there was no indication the plane made a distress call, Murphy said. The tail number of the aircraft was N4082S, according to a news release.Investigators were going door-to-door on Thursday to see whether any video from home-security cameras had captured the crash.