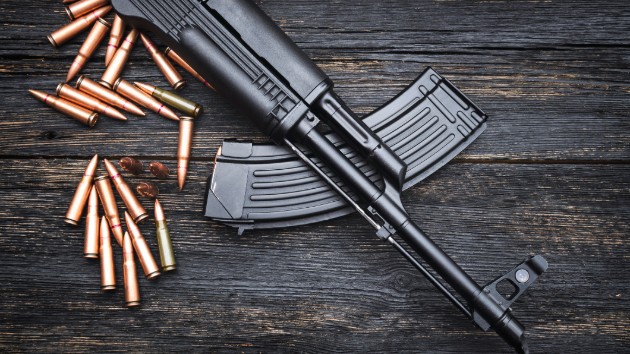 (ALLEN, Texas) — The El Paso, Texas shooting suspect’s mother called the Allen Police Department weeks before the shooting because she was concerned about her son owning an “AK”-type firearm, lawyers for the family told ABC News. Chris Ayres and R. Jack Ayres, the lawyers representing the family of alleged shooter Patrick Crusius, said his mother contacted police because she was worried about her son owning the weapon given his age, maturity level and lack of experience handling such a firearm.His mother was transferred to a public safety officer who allegedly told her that her son, 21, was legally allowed to purchase the weapon, lawyers said. The mother did not provide her name or her son’s name, and police did not seek any additional information from her before the call concluded, according to the attorneys.CNN was first to report the call to law enforcement.The mother’s inquiry was “informational” in nature and was not motivated out of a concern that her son posed a threat to anybody, the lawyers said.It is not known whether the gun the mother inquired about is the weapon used in the attack.ABC News has reached out to the Allen Police Department for comment.The Crusius family lives in Allen, Texas, a suburb of Dallas and about a 10-hour drive from El Paso.Crusius is accused of opening fire at a Walmart in the Texas border town, killing 22 people and injuring another 26. Crusius told law enforcement members he wanted to kill as many Mexicans as possible, sources told ABC News. The 21-year-old also allegedly wrote a “manifesto” outlining his hate for immigrants and Mexicans.He could face the death penalty on charges of capital murder.

Hostess assaulted at NYC restaurant after asking Texas patrons for proof of COVID-19 vaccination
‘We are prepared’: Law enforcement stresses readiness ahead of right-wing rally
Statue of Bitcoin founder honors mysterious ‘god’ of cryptocurrency
Tyra Banks defends Olivia Jade ahead of her ‘Dancing with the Stars’ debut: “Olivia is so brave”
‘Ted Lasso’? ‘WandaVision’? ‘Mare of Easttown’? Who will clean up on Sunday’s Emmy night?
Jennifer Aniston says season 2 of ‘The Morning Show’ ﻿will tackle cancel culture