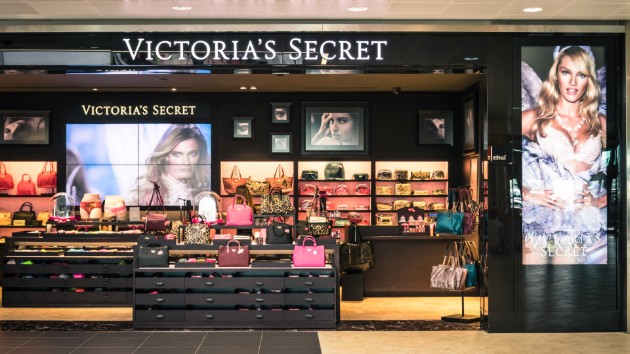 (NEW YORK) — More than 120 of the biggest names in fashion have signed an open letter to Victoria’s Secret, expressing their “concern for the safety and wellbeing of the models and young women who aspire to model for Victoria’s Secret.”The likes of Doutzen Kroes, Christy Turlington Burns, Milla Jovovich and more all signed the letter from The Model Alliance and addressed it to Victoria’s Secret CEO John Mehas.”In the past few weeks, we have heard numerous allegations of sexual assault, alleged rape, and sex trafficking of models and aspiring models. While these allegations may not have been aimed at Victoria’s Secret directly, it is clear that your company has a crucial role to play in remedying the situation,” the letter begins.The letter calls out any alleged connection between Victoria’s Secret, its parent company L Brands and convicted sex offender Jeffrey Epstein.Epstein has pleaded not guilty to charges of sexually exploiting and abusing dozens of minor girls at his Upper East Side mansion and his home in Palm Beach, Florida. He faces up to 45 years in prison if convicted. His trial is set for sometime next year.The letter also addresses “allegations of sexual misconduct by photographers.””It is deeply disturbing that these men appear to have leveraged their working relationships with Victoria’s Secret to lure and abuse vulnerable girls,” the letter states. “We stand with the courageous women who have come forward and shared their stories, despite fears of retaliation or harm to their careers. It breaks our hearts to keep hearing these stories. We can and must do better. It is time for RESPECT.”Ava Smith, a former Victoria’s Secret model, said it’s easy for photographers to try to push acceptable boundaries with models.”How many other jobs can you expect to be asked to, you know, out of the blue, pose nude or topless, etc.?” Smith said. “And so I think one of the things to us is the inconsistency about how it’s done, which you know you’re almost never prepared for.””There are multiple photographers who are known for their work for Victoria’s Secret who have been accused of sexually assaulting models,” Sara Ziff, founder of the Model Alliance, told ABC News. “And in addition to that there has been a lot in the news recently about L Brand CEO Leslie Wexler’s close personal and professional relationship with Jeffrey Epstein, who has multiple allegations against him of child sex trafficking and of luring girls and young women under the pretense that he was a recruiter for Victoria’s Secret. So in the face of all of these very serious allegations we felt that we couldn’t just sit silently and not say anything.”The Alliance lays out the new Respect Program in its letter.

“Signatory companies make a binding commitment to require their employees, agents, vendors, photographers and other contractors to follow a code of conduct that protects everyone’s safety on the job, and reduces models’ vulnerability to mistreatment. Models have access to an independent, confidential complaint mechanism, with swift and fair resolution of complaints and appropriate consequences for abusers,” it explains.Smith is one of the women to sign on to the Alliance.”There’s a responsibility for all of us to sort of come together, because it is really an industry-wide issue with all of this,” Smith told ABC News. “So I think that it’s fantastic that we do have major models that are are stepping up and saying, ‘Hey this is an issue; we need to talk about this."”The letter asks the company to enact the Respect program and move “to be a leader, to use its power and influence to bring about the changes that are urgently needed in our industry.””If Victoria’s Secret were to take a stand against these abuses and commit to meaningful change by joining the RESPECT Program, this would go a long way in helping our industry chart a new path forward,” it closes.A request for comment from Victoria’s Secret was not immediately returned to ABC News.Copyright © 2019, ABC Radio. All rights reserved.