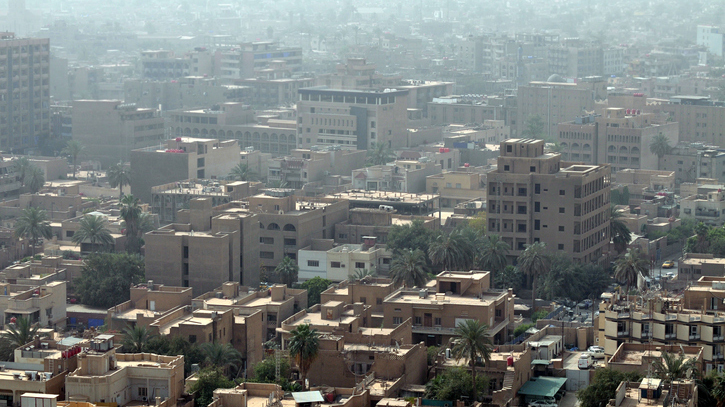 (WASHINGTON) — An Iraqi man, who was brought to the U.S. as an infant from a refugee camp in Greece, was deported to Baghdad by the Trump administration in June and died Wednesday, according to lawyers, a family friend and a congressman.Jimmy Aldaoud, 41, suffered from mental illness and diabetes, and without regular access to insulin or proper medical care in Iraq, he died in a country that he never knew. He was deported on June 2, according to lawyers, after being detained by agents from Immigration and Customs Enforcement, or ICE.”I begged them. I said, ‘Please, I’ve never seen that country. I’ve never been there,” Aldaoud said in a video reportedly recorded two and a half weeks after his deportation and shared by a Michigan state representative Thursday.”I’m here now, and I don’t understand the language, anything. I’ve been sleeping in the street. I’m diabetic, I take insulin shots. I’ve been throwing up, throwing up, sleeping in the streets, trying to find something to eat,” he said in the video.Born in Iraq, Aldaoud and his family fled to Greece shortly afterwards and applied for refugee status in the U.S., where Aldaoud arrived when he was about 1 year old, according to lawyers.He had a criminal history, including disorderly conduct, but “his mental health was the primary reason for his legal issues that led to his deportation,” according to Edward Bajoka, an attorney and family friend, who said Aldaoud was a paranoid schizophrenic.Aldaoud is one of hundreds of Chaldean Iraqis — an ancient Catholic sect with roots in modern-day Iraq, that has been historically persecuted in the Middle East — who the Trump administration has moved to deport. Some, like Aldaoud, have lived in the U.S. for decades. “Jimmy’s death has devastated his family and us. We knew he would not survive if deported. What we don’t know is how many more people ICE will send to their deaths,” Miriam Aukerman, senior staff attorney with the American Civil Liberties Union’s Michigan branch, told ABC News in a statement.The ACLU was part of a 2017 lawsuit against the administration on behalf of Chaldeans and other Iraqis who have been facing deportation. In June of that year, ICE agents began arresting hundreds of Iraqis in the Detroit area who had final orders of removal because of previous criminal records.Initially, a federal judge ruled that the group of Iraqis still had the right to appear before an immigration court and plead their case before facing deportation, in particular because they would face persecution and increased violence in Iraq. More than 300 Iraqis were able to ask an immigration court to rehear their case, with 40 or so winning relief so far, according to the ACLU. But last December, a higher court overruled that decision, and this past April, it closed the door to further hearings. Weeks later, Aldaoud was detained by ICE and deported.”His deportation was essentially a death sentence,” said Rep. Andy Levin, D-Mich., whose district includes the largest Iraqi-born community in the country. “My Republican colleagues and I have repeatedly called on the executive branch to cease deportation of such vulnerable people. Now, someone has died. We cannot wait one more day for action.”Levin and his Republican colleague John Mollenaar have introduced legislation that would give Iraqi nationals with removal orders two years of relief from deportation to have their cases heard by an immigration court.He and other lawmakers from both parties have appealed to the Trump administration, including Vice President Mike Pence and Secretary of State Mike Pompeo, to follow through on their stated commitment to protecting Christians in the Middle East by providing relief for this community.