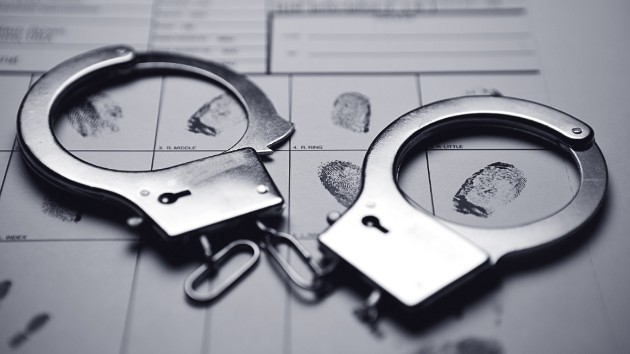 (NEW YORK) — Roughly 680 undocumented immigrants were arrested in Mississippi on Wednesday, marking what officials are calling the largest single-state immigration enforcement in history. The operations took place at seven work sites — all agricultural processing plants — in six different cities, and involved more than 600 agents, according to officials at a press conference on Wednesday afternoon.At the press conference, officials said the investigation was still ongoing and that they began preparing for the raids over a year ago.”The arrests today were the results of a year-long criminal investigation and the arrests and warrants that were executed today are just another step in that investigation,” ICE acting Director Matthew Albence said Wednesday.Albence said each case will be looked at and handled individually.”Our arrests of these individuals is the front end of the process, we will process them, we will place them in front of an immigration judge where they will make their case as to whether or not they have a lawful right to remain in the country. The judge ultimately makes the decision as to whether or not these individuals can stay. If the judge orders them removed, then we will execute those removal orders on the back end of the process,” Albence said.Immigration advocates condemned the raids, and focused on the children of those set to be deported.”Today, [Mississippi] experienced the biggest #immigration raid in decades,” Joseph Villela, director of Policy and Advocacy for the Coalition for Humane Immigrant Rights-Los Angeles (CHIRLA), wrote on Twitter. “@realDonaldTrump the hateful and anti-immigrant rhetoric also comes with cruel actions.”Children of adults rounded up in the raids were taken to a local elementary school until they could be reunited with extended family members.”This is horrifying — and it’s happening right here, right now,” the American Civil Liberties Union wrote on Twitter. “America can’t be the country we want to live in so long as the president’s mass deportation machine is terrorizing our communities and ripping apart families.Three of the seven raids took place at Peco Foods facilities in Mississippi.”We can confirm the Department of Homeland Security was on-site at three of our facilities in Mississippi this morning — Bay Springs, Canton and Sebastopol,” the company said in a statement. “We are fully cooperating with the authorities in their investigation and are navigating a potential disruption of operations.”When asked if there was concern over carrying out these raids as communities continue to mourn over two mass shootings that took place over the weekend, including in El Paso, Texas — a border town, Mike Hurst, U.S. attorney for the Southern District of Mississippi, said that although what happened was “horrific,” the immigration enforcement operations had been planned for several months prior to the incidents that occurred last weekend.”This operation began over a year ago, you don’t bring over 650 special agents from around the country into the Southern District of Mississippi in a matter of three days without preparation for months and months and months. So while the tragedies on Saturday and this weekend around the country are horrific, this operation had been planned way before that and we intended to carry it out,” he said. Copyright © 2019, ABC Radio. All rights reserved.

Pediatricians with kids speak out about delta surge fears
Hostess assaulted at NYC restaurant after asking Texas patrons for proof of COVID-19 vaccination
Mississippi health officials warn some pregnant women have been denied COVID vaccine despite ongoing surge
‘Ted Lasso’? ‘WandaVision’? ‘Mare of Easttown’? Who will clean up on Sunday’s Emmy night?
Confused about boosters? Here are some answers
Apprehensions at the southern border surpass 200,000 in August