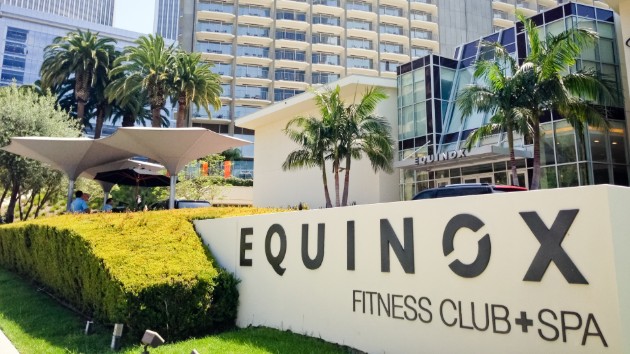 (NEW YORK) — Equinox and SoulCycle responded to calls for members to cancel their memberships on Wednesday over their owner’s plans to host a mega-fundraiser for President Donald Trump.Equinox Fitness, which operates its namesake company in addition to SoulCycle and Blink Fitness, issued a statement amid outrage over Stephen Ross’ upcoming fundraiser for Trump, where tickets run as high as $250,000, according to The Washington Post, which first reported news of the event. Ross, a billionaire real estate investor, is chairman and majority owner of Related Companies, which oversees Equinox Fitness, but the company said it considers him to be a “passive investor.””We want to let you know that Equinox and SoulCycle have nothing to do with the event and do not support it,” the luxury gym tweeted Wednesday afternoon. “As is consistent with our policies, no company profits are used to fund politicians.””We are committed to all our members and the communities we live in. We believe in tolerance and equality, and will always stay true to those values. Mr. Ross is a passive investor and is not involved in the management of either business,” it added.SoulCycle tweeted a similar statement.The response came as celebrities, including model Chrissy Teigen, comedian Billy Eichner and Waiting to Exhale author Terry McMillan, tweeted about canceling their memberships after learning about the news.At one point on Wednesday, Equinox was the No. 2 trending topic in the U.S. on Twitter, with #BoycottEquinox and SoulCycle trending alongside it, and Stephen Ross was No. 4.“Just contacted @Equinox to cancel my membership after many years. Money talks, especially with these monsters. If it’s too inconvenient for u to trade one LUXURY GYM for another, then you should be ashamed. (No disrespect to the many wonderful employees at my local Equinox). Bye,” Eichner, a harsh critic of the president, tweeted.”Called Equinox to cancel my membership and they put me on hold so long I hung up. Called back: same thing. Tomorrow, I’m going to confront the guy and cut up my card in pieces in front of him. #Equinox,” McMillan added.Ross, a longtime associate of Trump’s, issued a statement of his own amid the backlash, noting that he doesn’t always agree with the president. He also received criticism from fans and players on the Miami Dolphins, which he also owns.“I have known Donald Trump for 40 years, and while we agree on some issues, we strongly disagree on many others and I have never been bashful about expressing my opinions,” Ross said. “I have been, and will continue to be, an outspoken champion of racial equality, inclusion, diversity, public education and environmental sustainability, and I have and will continue to support leaders on both sides of the aisle to address these challenges.” Copyright © 2019, ABC Radio. All rights reserved.

Police resume search for Brian Laundrie, boyfriend of missing 22-year-old Gabby Petito
A family promise led her to Mount Cristo Rey, the site of a pilgrimage for those seeking a miracle
SpaceX’s 1st all-civilian crew returns to Earth after successful mission
SpaceX’s 1st all-civilian crew set to splashdown Saturday night
Latinos in sports are drawing on their heritage to inspire others
‘Justice for J6’ updates: Rally concludes without any known major incidents