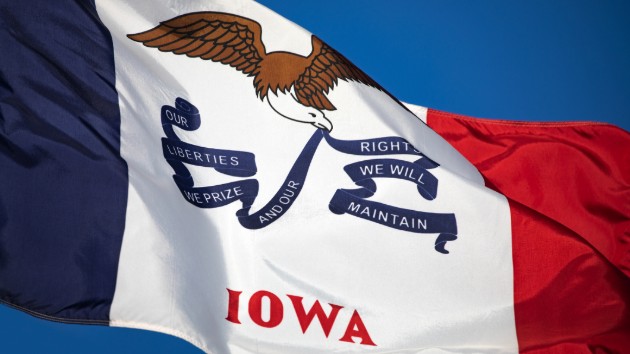 (WASHINGTON) — Democratic candidates for president are flocking to the Iowa State Fair this week, an annual event filled with parades, pumpkin squashes and pork chops — marking the symbolic start to caucus season when the campaigns are expected to shift into high gear. Wedged between the second and third round of debates, from Thursday to Aug. 18, the state fair offers a key political test for the contenders, who are moving into the tougher, pressure-filled campaign months ahead. After crisscrossing the Hawkeye state for the first half of the year, more than 20 presidential hopefuls who seek to deny President Donald Trump a second term converge on the state fair for the Des Moines Register Political Soapbox — a hallmark event to pitch to a large crowd of potential caucus-goers six months before the first ballots are cast in 2020.”The Iowa State Fair is one of the biggest in the country, and it’s a great opportunity for candidates to get their message out and listen to voters’ concerns on the issues,” said Iowa Democratic Party chair Troy Price. “I expect subjects like agriculture, climate change and rural development to come up in conversation given the number of rural Iowans who will be showcasing their goods over the next 10 days.”Between appearances at the Wing Ding dinner, the Des Moines Register Soapbox and the Dickinson County Dems Summer Sizzler, candidates are eager to make inroads within the state party and foster relationships that will be crucial to capturing the all-important delegates who will decide who becomes the party’s nominee.For the polling front-runners in the primary, including former Vice President Joe Biden, Massachusetts Sen. Elizabeth Warren, Vermont Sen. Bernie Sanders and California Sen. Kamala Harris, along with the race’s fundraising powerhouse, Mayor Pete Buttigieg of South Bend, Indiana, the coming days in Iowa will provide ample opportunity to court the large gathering of caucus-goers who will be the first in the country to weigh in on the 2020 primary.For the lower tier of candidates, who are still grinding through a crowded field to gain traction, the state fair presents some of the last best chances before the fall to lay the groundwork for a successful showing in the Iowa caucuses next year — if they make it that far.A total of 21 candidates will take their turns atop the hay bale-encircled soapbox through Sunday afternoon, for 20-minute opportunities to lay out their campaigns’ messages in what is considered the fair’s main political event. The format further allows fair-goers to compare platforms as this year’s schedule features a number of candidates with contrasting ideologies back to back.On Thursday, a pair of moderates, Montana Gov. Steve Bullock and Biden, will be the first to speak, before more progressive candidates, such as former Housing and Urban Development Secretary Julian Castro and businessman Andrew Yang lead off the conversations on Friday.On Saturday, attendees will hear from Harris, Warren, Sen. Cory Booker, D-N.J., and six other candidates on the busiest day at the soapbox, before being treated to a moderate-progressive back-to-back between Colorado Sen. Michael Bennet and Sanders on Sunday. Sunday also will feature the fair’s lone Republican candidate, former Massachusetts Gov. Bill Weld.Away from the soapbox, almost all of the candidates have announced they’ll spend time touring the fair — one of the preeminent retail politicking opportunities of the year, where sleeves are rolled up, corn dogs and turkey legs are sampled and midway games are played. Past years have found candidates like Barack Obama riding bumper cars, Donald Trump offering helicopter rides, John Kasich eating pork chops and Jeb Bush trying his hand at a speed-pitch contest.But the State Fair can also bring fallout: In 2011, former GOP presidential candidate Mitt Romney said “corporations are people, my friend” amid a testy back-and-forth with hecklers. Democrats seized on that one-liner, aiming to paint the former Massachusetts governor as an out-of-touch businessman in the 2012 race.The next big spotlight for the candidates will be in mid-September, when the third Democratic primary debates, hosted by ABC News in partnership with Univision, will be held in Houston. So far, only eight candidates have qualified for the debate, according to an ABC News analysis of polling and grassroots donors.The third debate comes at a critical nexus — winnowing the field down to only viable campaigns that are built to last, while others likely will exhaust their resources in the six-week buildup to the debate.Copyright © 2019, ABC Radio. All rights reserved.