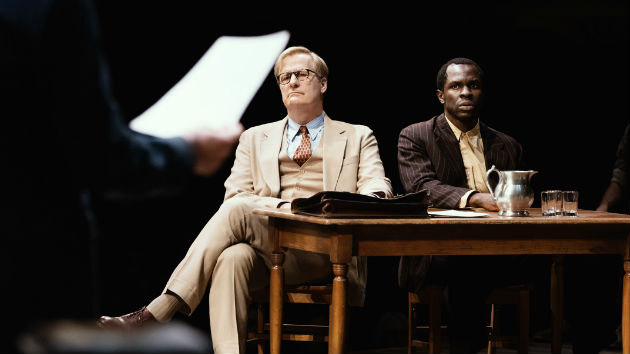 (NEW YORK) — The saying goes, “The show must go on,” but that wasn’t the case Tuesday night with the Broadway production of To Kill a Mockingbird.

Passersbys near New York City’s historic Schubert Theatre, which is near Times Square, panicked when they heard what sounded like gunshots.  It was actually a backfiring police motorcycle, but to a populace spooked by a pair of deadly mass shootings over last weekend, the sounds were too close for comfort.  They sent the crowd fleeing in all directions…including into the theater where the Tony-nominated production was taking place.

Mockingbird castmember Gideon Glick, who plays Dill Harris in the production, tweeted, “Screaming civilians tried to storm our theater for safety. The audience started screaming and the cast fled the stage.”

As panicked tweets about an “active shooter” soon flooded social media — as 911 calls did from panicked people — the NYPD’s Midtown North Precinct was forced to tweet an “all clear.”

“There is no #ActiveShooter in #TimesSquare. Motorcycles backfiring while passing through sounded like gun shots,” the cops posted. “Please don’t panic! The Times Square area is very safe.”The shootings in both Dayton, Ohio, and El Paso, Texas on Saturday left 31 people dead.