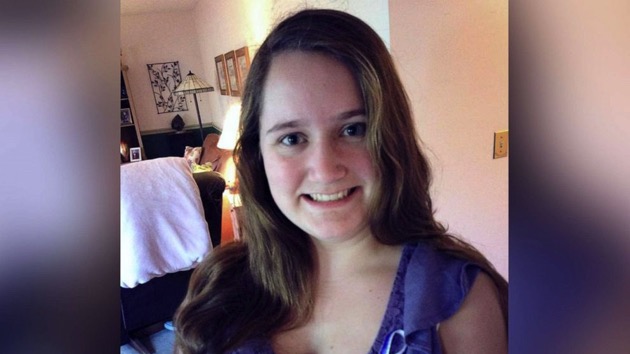 Megan Betts is pictured in an undated handout photo. (Obtained by ABC News)
Posted on August 7, 2019 by ABC News

(DAYTON, Ohio) — Families of the victims in the Dayton shooting are grappling with their grief, and the same is true for the Betts family, whose son was the alleged shooter and whose daughter was one of the victims.The family put out a statement Tuesday night, which was read by the local police chief, saying they are “shocked and devastated by the events of Sunday morning.””They offer their most heart-felt prayers and condolences to all the victims, their families and friends,” Bellbrook Ohio police chief Doug Doherty said of the Betts family’s statement.”They thank the first responders from the Dayton police and fire departments for their quick response to minimize casualties and to all who have provided aid and comfort to the victims. They also thank Chief Doherty and the Bellbrook Police Department for providing a peaceful environment surrounding their home,” he read, referencing himself.”The Betts Family is cooperating with law enforcement in their investigation into this tragedy. They respect the investigative process being conducted by the Dayton Police Department and the FBI, and will not comment further on this investigation,” he read.”The Betts family would like to express their enormous gratitude and love for everyone that has reached out and given their support during this awful time. They ask that everyone respect the family’s privacy in order to mourn the loss of their son and daughter and to process the horror of Sunday’s events,” the statement concluded.Police identified Connor Betts, 24, as the suspected shooter who was killed by responding officers.In the roughly 30 seconds where Betts opened fire before being shot himself, he fatally shot nine people and injured dozens more.Among the nine victims was his younger sister Megan Betts, 22.