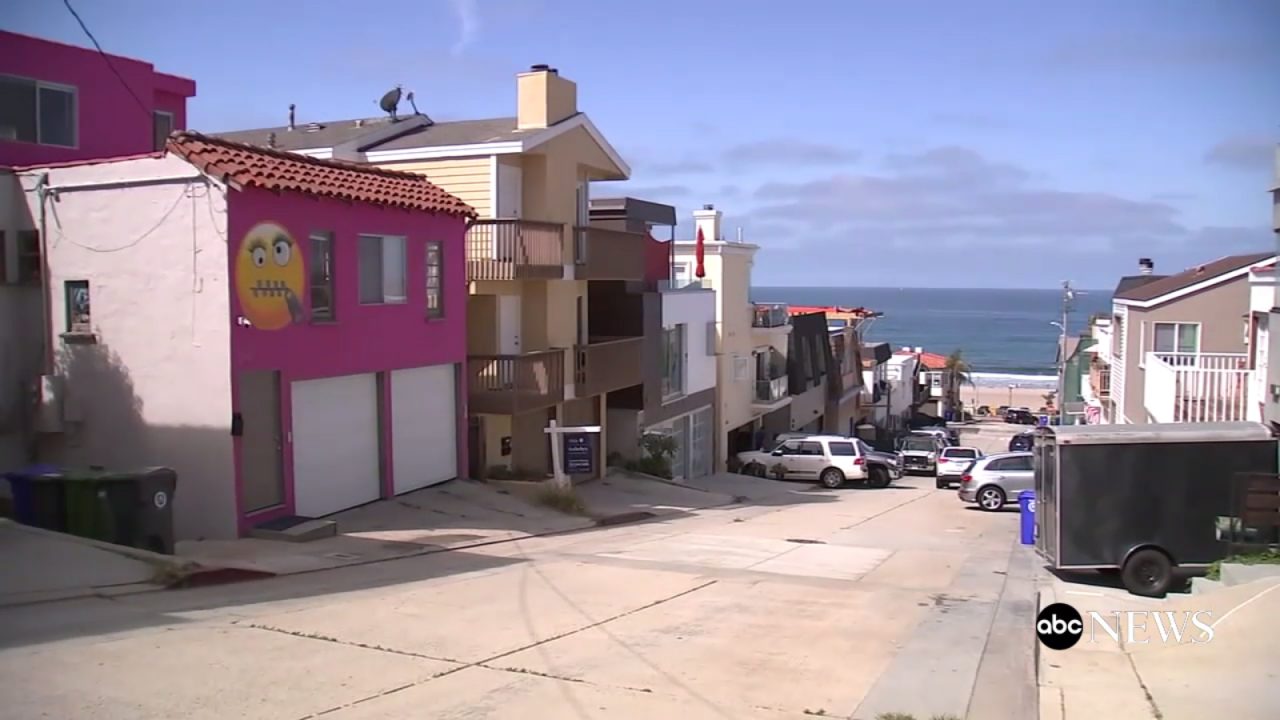 (LOS ANGELES) — A pink emoji house in Manhattan Beach may have some neighbors seeing red, but the owner of the home says she has no intention of removing the eye-catching features.Kathryn Kidd, 64, said she’s heard more positive than negative remarks from residents on the design. The house, located on 39th Street, was painted with two emojis: one that has its tongue out and another that has its mouth zipped shut.“It’s happy. It’s positive. It’s not gloomy,” Kidd told ABC News Wednesday. “It’s unfortunate that some people don’t appreciate my sense of humor, but not everybody’s gonna get it and I understand that.””Enjoy your environment,” she added. “Stop being focused on something so stupid.”Yet some neighbors took issue with the new look, saying it was done out of spite after Kidd was forced to pay a $4,000 fine for unlawfully renting the property on a short-term basis.“This was solely about retaliation and meant as a personal attack on my wife, me and our neighbors,” one neighbor said at a city council meeting regarding the home on Tuesday night, according to ABC Los Angeles affiliate KABC-TV.“We are all affected by somebody so blatantly just violating common decency,” neighbor Dina Doll told the station in another interview.Kidd said she didn’t realize she wasn’t allowed to rent for fewer than 30 days.The paint and emojis went up about three months ago, shortly after she paid the fee.Others say it has caused heavy foot-traffic in what is otherwise a quiet neighborhood.“We have a lot of pedestrian traffic, car traffic, bikes, people sitting in our driveways, people filming, people FaceTiming,” another person said at the city council meeting.The specificity of the emojis has also caused an issue. Both have eyelash extensions, which one neighbor took as a stab at her own extensions.Kidd, however, said it was nothing of the sort.“That’s more of a feminine touch towards my own personality because, you know, I’m a girly girly,” Kidd said. “I just like emojis with eyelashes.”The city planning commission is expected to take a closer look at a residential mural ordinance later this month, according to KABC-TV.Kidd said she has no plans to take the emojis or paint down and hopes people will soon move their attention to something else.“There are more important things in the world to be concerned about than a pink building with emojis,” Kidd added.