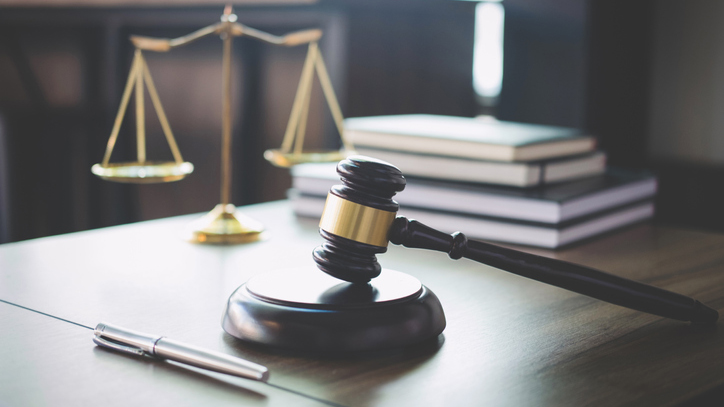 (NEW YORK) — A millionaire fugitive who was caught in Mexico after disappearing four years ago while awaiting trial in his wife’s murder has been denied bail in a California court.In 2012, Peter Chadwick, 55, of Newport Beach, California, was charged in the murder of his wife of 21 years, Quee Chadwick, according to the U.S. Marshals Service.She was allegedly strangled to death by Chadwick on Oct. 10, 2012, after a dispute involving financial issues and a potential divorce, authorities said.He was arraigned Wednesday and ordered to remain in jail. He is due back in court on Sept. 16.Chadwick was accused of driving through San Diego to a spot near the Mexican border and disposing of her body in dumpster. At the time, he’d claimed his wife was kidnapped and killed by a handyman. Her body was found in a dumpster in San Diego about a week later.After his arrest, he pleaded not guilty to the murder and posted $1.5 million bail. But, while out on bail in 2015, Chadwick disappeared.Investigators said Chadwick, a real estate developer and father of three, withdrew millions of dollars from bank accounts and read books about “how to live off the grid.” Authorities said he’d allegedly obtained several fake IDs and lived and worked odd jobs under other names in Mexico.Chadwick, at the time of his 2012 arrest, was forced to surrender his U.S. and U.K. passports and stay with his father in Santa Barbara. Police said he may have received help from his family.Chadwick was arrested near Pueblo, Mexico, in a residential duplex on Sunday with the help of tips after a police-produced podcast about the case, the Orange County District Attorney’s Office and Newport Beach Police Department said in a statement.He was brought back to the U.S. on Monday.”The podcast about this murder generated leads for us and it was a way to generate interest and created leads and created pressure for Peter to surrender,” Newport Beach Police Chief Jon Lewis said Tuesday. “Good police work is really what led to this capture and good investigative work.”Chadwick was added to the U.S. Marshals 15 Most Wanted list in September 2018. If convicted, he could receive 25 years to life in prison.

After quitting the fashion industry, supermodel Halima Aden is back — this time, on her own terms
6-year-old boy follows mom’s instruction to leave mask on at school, wears it in school photo
Vaxxed ‘Dancing with the Stars’ pro Cheryl Burke quarantines after positive COVID-19 test
“It was a mistake of some sort”: ‘The View’ co-hosts Sunny Hostin & Ana Navarro COVID-19 negative after on-air scare
Will Smith discusses his open marriage with Jada Pinkett-Smith: “Jada never believed in conventional marriage”
Legacy and landscape at stake for Pelosi, Biden: The Note