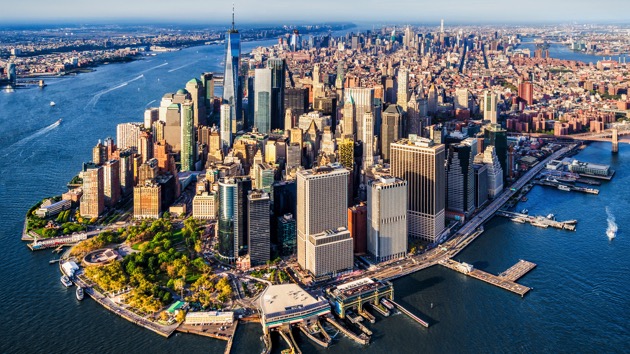 (NEW YORK) — Melinda Katz, a New York City borough president, has won a narrow victory to be the next Queens District Attorney, defeating her progressive challenger Tiffany Cabán by just 55 votes.Cabán, a young public defender whose call for a radical rethinking of the prosecutor’s role helped draw a national spotlight to the race, conceded on Tuesday night after a judge dismissed her claims that dozens of ballots had been improperly thrown out.The ruling put an end to the recount process that has dragged on for six weeks since the June 25 Democratic primary, and at various point had either Katz or Cabán in the lead. In this heavily-Democratic stretch of New York, the winner of the primary is virtually guaranteed to prevail in the general election.”I want to thank Tiffany Cabán for bringing closure to this long and hard-fought race,” Katz said in a statement. “Too often, the process of primary campaigns obscures the vast commonalities we share as Democrats and reformers. We all want a safe Queens where everyone is treated equally.”Katz, who has been involved in Democratic politics in New York for 25 years and had the backing of the local Democratic machine, was seen as more likely to uphold the status quo set by Richard Brown, who served as Queens D.A. from 1991 until his death in May.In her statement, Katz said she was “committed to bringing fundamental change to the District Attorney’s office.” In a nod to the two mass shootings that unfolded this weekend in Texas and Ohio, she said she would “focus on reducing gun violence” and hate crimes.While Katz amassed support from much of the Queens Democratic establishment, including local party boss Rep. Gregory Meeks, the race was upended when Rep. Alexandria Ocasio-Cortez, the freshman Democrat who represents parts of Queens, threw her support behind Cabán.The election in Queens came almost exactly a year after Ocasio-Cortez blindsided the same political machine with her stunning defeat of Democratic heavyweight Joe Crowley, the longtime congressman who had been seen as a potential successor to House Speaker Nancy Pelosi.After presidential candidates Elizabeth Warren and Bernie Sanders also endorsed Cabán, the local race appeared to play a role in the broader national conversation: Both 2020 candidates expressed, apparently for the first time, a willingness to decriminalize sex work only after being asked about one of Cabán’s more controversial positions.”I am a 32-year-old queer Latina public defender,” Cabán said on Twitter, announcing her concession. ” I don’t look like our politicians. We completely transformed the conversation around criminal justice reform in this city… We showed that you can run on a boldly decarceral platform.”A “decarceral” approach to prosecutions — a term embraced by reformist district attorneys like Philadelphia’s Larry Krasner and Rachael Rollins in Boston — emphasizes deterrence and keeping people out of prison, rather than locking more people up.Even in defeat, Cabán’s strong performance has energized progressive candidates looking to challenge Democrats in New York who have rarely faced primary challenges.In recent weeks, multiple progressive candidates have said they plan to enter the 2021 race to challenge Manhattan District Attorney Cy Vance — whose job overseeing Wall Street and other powerful interests in Manhattan makes him one of the most powerful DAs in the country. One of those candidates, civil rights attorney Janos Marton, was an early Cabán supporter.Vance, who was first elected in 2009, has come under fire for his handling of cases involving wealthy and well-connected targets, such as Harvey Winstein and Jeffrey Epstein.Last month, Vance — whose predecessor and mentor, Robert Morgenthau, served as district attorney for 35 years — told THE CITY he has not decided if he will seek a fourth term.In her Twitter thread on Tuesday night, Cabán said that her campaign had “terrified the Democratic establishment.””We may have scared Cy Vance out of even running again,” Cabán said.Copyright © 2019, ABC Radio. All rights reserved.