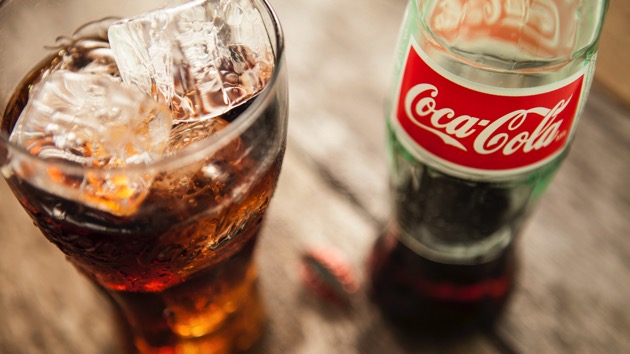 (BUDAPEST, Hungary) — A Coca Cola advertising campaign titled “Love is Love” promoting LGBTQ tolerance has sparked an uproar in Hungary, with a leading lawmaker from the ruling conservative populist party calling for a boycott of the company.More than 150 advertisements showing pictures of same-sex couples and featuring slogans like “Zero Sugar, Zero Prejudice” can be seen in subway stations and bus stops throughout Budapest. They have been displayed to coincide with Sziget, a “Love Revolution”-themed week-long progressive music festival that begins Aug. 7.Even though the posters carry positive messages, they have proven too much for Istvan Boldog, deputy speaker of Prime Minister Viktor Orban’s nationalist Fidesz Party. Boldog has called for a Coke boycott and protests against the “provocative” ads.“Until they remove their provocative posters from Hungary, I will not consume their products! I’m asking everyone!” Boldog wrote in a Facebook post on Sunday.An online petition to remove the posters has been signed by more than 33,000 people. “We start by boycotting Coca-Cola. And in our petition we ask for help in removing the posters as soon as possible and in curbing a homosexual lobby aimed at children, families and society as a whole,” the petition states.”Promoting homosexuality is not acceptable in a situation when Hungarian population is already aging and decreasing, and we as a nation are threatened by foreign migrant invasion,” Agnes Kovacs, 78, a retired Budapest accountant, told ABC News. “Our government promotes family values, while unhealthy Coca-Cola encourages young people to take a wrong direction, which they would not take on their own.”Although Orban himself has not spoken publicly against homosexuality, he previously called Muslim refugees “invaders,” and built a razor-wire fence in places along Hungary’s border, warning of a dwindling Christian population.In 2018, a theater production of Billy Elliot in Budapest was canceled soon after a op-ed was published accusing the play of being “gay propaganda.”Opinion polls show that a growing number of Hungarians support gay rights. In 2017, a survey by the International Lesbian, Gay, Bisexual, Trans and Intersex Association found that more than 60 percent of the country’s residents believe equal rights should be afforded to everyone, regardless of sexual orientation.Gay couples in Hungary are allowed to register their partnerships and enjoy some of the benefits of married couples. However, gay marriage in Hungary is still illegal.“We have a feeling government is testing people in this subject,” Tomas Dombos, a board member of Hatter, Hungary’s oldest gay rights group, told ABC News.Dombos said that while the Fidesz-led government has previously been focused on an anti-migrant platform, it seems to be directing more energy towards LGBTQ issues.“What’s new here is that prominent Fidesz officials are increasingly focused on an LGBTQ theme. We will see if this is a new political strategy or just an inherent real homophobe getting mad at something like Coke’s campaign,” he said.Coca-Cola has defended its campaign in Hungary, stating that it is a “long-standing supporter of the LGBTQ community.”“The Coca-Cola Company strives for diversity, inclusion and equality in our business, and we support these rights in society as well,” a company spokeswoman said in a statement sent to ABC News.The company has not seen any significant change in Coca-Cola sales in Hungary, according to a spokesperson.Copyright © 2019, ABC Radio. All rights reserved.