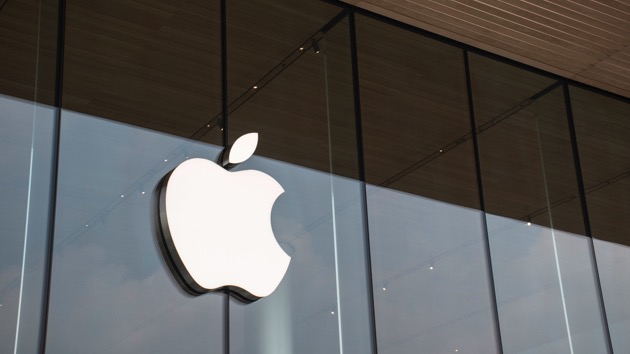 (NEW YORK) — Apple released its Apple Card to a small group of users on Tuesday, another step towards the iPhone maker’s march to replacing the traditional wallet.The Apple Card, which can be, but is not limited to, a physical card, is being launched as a product to teach financial literacy and creating a digital experience, the company said. The Tuesday launch was for a limited group of consumers who signed up for updates on the card through the company’s website and were selected by the company to apply. It will be widely available to the public by the end of the month, Apple CEO Tim Cook said last week during the company’s earnings call.Apple did not disclose the exact number of people who received the card or the date at which it will be widely available.”Apple Card is designed to help customers lead a healthier financial life, which starts with a better understanding of their spending so they can make smarter choices with their money, transparency to help them understand how much it will cost if they want to pay over time and ways to help them pay down their balance,” Jennifer Bailey, Apple’s vice president of Apple Pay, said in a press release. The card will display weekly and monthly spending summaries.Would-be cardholders can apply directly through the Wallet app on their iPhone and upon approval, start using it instantly, through Apple Pay. For those who want a physical card, the on-brand, all-white, titanium Mastercard will be mailed. The physical card will not have a number for security reasons, but will have a chip and a strip to swipe for payment.Apple Card, which is issued by Goldman Sachs, will offer less in terms of rewards or loyalty points than other cards, which average around 5 percent, according to experts. It will offer 3 percent cash back on Apple purchases, 2 percent back on Apple Pay purchases and 1 percent back from things paid for with the physical card. The cash back will show up daily.It’s unclear how much the market wants or needs another branded credit card, experts said.”It’s a very run of the mill, co-brand card. Compared to any major retailer or brand, say, for example, the Gap, the rewards on the Apple Card are pretty paltry,” Lisa Ellis, a research analyst at MoffettNathanson told ABC News. However, the card “could attract a broader set of users” because of features like its financial literacy tools.The company is also touting “no fees” — including no annual, late, international or over-the-limit fees, according to the press release. Apple did not disclose the exact interest rates, but said they would be “among the lowest in the industry.” The company also said there would be no penalty rates, or higher interest rates for missed payments.The card will also push customers to understand the cost of interest.Apple Card will also show varied payment options with correlating interest costs in real time. “As a way to pay less interest, Apple Card will also suggest paying a bit more every month and offers the flexibility to schedule more frequent payments,” the company said.Copyright © 2019, ABC Radio. All rights reserved.

Emmy Awards host Cedric the Entertainer says he’s committed to improving conditions for Black comedians
Angela Bassett is amazed by her Madame Tussauds wax figure: “Oh Lord! I’m a twin!”
COVID-19 live updates: More than 10,000 new deaths reported in US in one week
Tyra Banks defends Olivia Jade ahead of her ‘Dancing with the Stars’ debut: “Olivia is so brave”
Murdaugh murders and mysteries timeline: Key events in the South Carolina family’s scandals and deaths
Alaska once had the highest vaccination rate. Now it’s in a COVID-19 crisis.