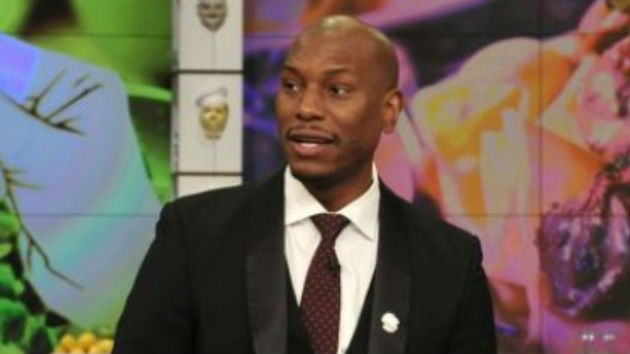 (LOS ANGELES) — Tyrese Gibson has a clear message for Dwayne “The Rock” Johnson’s Fast & Furious spinoff Hobbs & Shaw: Your film’s “NOT a win.”

In a now-deleted Instagram post captured by The Shade Room, Gibson shared a screenshot of a headline that read, “Hobbs and Shaw Has Lowest Fast & Furious Box Office Opening Since Tokyo Drift.”  In a lengthy caption, Gibson continued to shade his F&F co-star’s box office numbers.

“I have to show my respects for one thing. [Dwayne] tried,” Tyrese wrote. “Folks called me a hater. And attacked me for speaking out.”

“Breaking up the family clearly doesn’t have the value that one would assume it does,” he continued. “You know what maybe just maybe The Rock and the crew will come dance with us again for #Fast10. We can all hug it out and get back to giving the true fans who have supported this franchise for 20 years WHAT they want.”

He added, “Not hating, I’m just pointing out the facts.”

Even though Gibson downplayed The Rock’s ability to bring in big numbers by himself, the singer did acknowledge that his co-star “is still one of the biggest movie stars in the world and he’s not hurting for work.”

“I have 2 franchise films and he has at least 15 so there won’t be any tears on his pillow tonight,” he added, but then noted, “[A] 180 million dollar global opening on Hobbs and Shaw is NOT a win.”

Despite reading The Rock for filth, Tyrese says his comments came from a place of love.

“The Rock comes from wrestling and he knows all about smack-talking and friendly competition so love is love,” he concluded.

Hobbs & Shaw brought in an estimated $120 million over the weekend, for a $180 million worldwide debut.