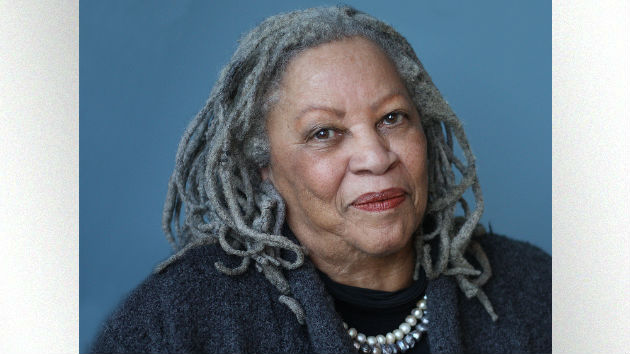 (NEW YORK) — Toni Morrison, the famed author whose book Beloved won her the Pulitzer Prize for fiction, died on Monday night at Montefiore Medical Center in New York.  She was 88.

In a statement, her family said, “It is with profound sadness we share that, following a short illness, our adored mother and grandmother, Toni Morrison, passed away peacefully last night surrounded by family and friends.  She was an extremely devoted mother, grandmother, and aunt who reveled in being with her family and friends.  The consummate writer who treasured the written word, whether her own, her students or others, she read voraciously and was most at home when writing.”

“Although her passing represents a tremendous loss, we are grateful she had a long, well-lived life,” the statement continued, ending with a request for privacy and a promise to share information about how Morrison’s “incredible life” will be celebrated.

Morrison, born Chloe Ardella Wofford in Lorain, Ohio, attended Howard University and Cornell University, and later taught at Texas Southern University and at Howard.  She then worked as an editor, eventually becoming the first black female senior editor in the fiction department of Random House, where she helped to bring black literature into the mainstream. Her first book, The Bluest Eye, was published in 1970.

Her second novel, Sula, was nominated for the National Book Award, and her 1977 work Song of Solomon finally brought her national attention.  It was a main selection of the Book of the Month club — the first one by a black writer to be chosen since 1940 — and won the National Book Critics Circle Award.

In 1987, Morrison’s best-known novel Beloved, based on the true story of a slave named Margaret Garner, was a huge success and won the Pulitzer Prize for fiction.  It was followed by two other novels in what was called the Beloved trilogy: Jazz and Paradise.  In 1997, prior to the release of Paradise, she was awarded the Nobel Prize in Literature, the first black woman to be so honored.

In 1998, Beloved became a movie starring Oprah Winfrey and Danny Glover.  Oprah had selected four of Morrison’s novels over six years for her Book Club, boosting their sales immensely.

Morrison went on to write four additional novels after Paradise; her most recent one was 2015’s God Help the Child.

In 2012 President Barack Obama awarded Morrison the Presidential Medal of Freedom.  In 2019, a documentary, Toni Morrison: The Pieces I Am, premiered at the Sundance Film Festival, featuring interviews with Oprah, Angela Davis and Walter Mosley.

‘We are prepared’: Law enforcement stresses readiness ahead of right-wing rally
Statue of Bitcoin founder honors mysterious ‘god’ of cryptocurrency
Tyra Banks defends Olivia Jade ahead of her ‘Dancing with the Stars’ debut: “Olivia is so brave”
More than 600,000 flags on National Mall stand witness to America’s COVID dead
Murdaugh murders and mysteries timeline: Key events in the South Carolina family’s scandals and deaths
In theaters now: Gerard Butler and Frank Grillo in the “irreverent, explosive” ‘COPSHOP’