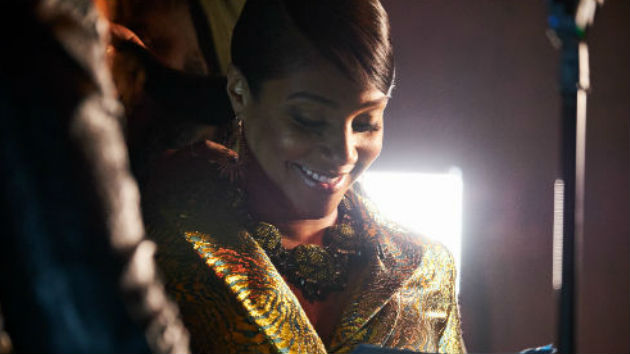 According to Deadline, Tiffany Haddish, Carmen Ejogo, Blair Underwood, Garrett Morris and Kevin Carroll have signed on for principal roles in the series about the legendary entrepreneur and philanthropist. They join Spencer, who has already been cast as Sarah Breedlove, the woman known as Madam C.J. Walker.

Walker, who died in 1919 at age 51, was America’s first female self-made millionaire. She amassed much of her fortune by developing and marketing a line of beauty and hair products for black women, via her Madame C.J. Walker Manufacturing Company.

As previously reported, the eight-episode series is based on Walker’s granddaughter A’Lelia Bundles book, On Her Own Ground.  It’s the first scripted drama from LeBron James’ production company, SpringHill Entertainment. James and Spencer will co-executive produce the drama, with Bundles to serve as a consultant on the series.

Deadline reports that Haddish will play Lelia, the “smart and feisty daughter” of Breedlove and her late first husband, while Ejogo will portray Breedlove’s former friend Addie, a hairstylist who doesn’t support Sarah’s ambitions.

Underwood will star as C.J. Walker, Sarah’s supportive and encouraging husband; Morris will play C.J.’s father Cleophus, a former slave, and Carroll will play Ransom, Sarah’s lawyer, who helps her with her hair product patents.

A release date for the Madam C.J. Walker series has yet to be announced.

COVID-19 live updates: More than 10,000 new deaths reported in US in one week
More than 600,000 flags on National Mall stand witness to America’s COVID dead
Murdaugh murders and mysteries timeline: Key events in the South Carolina family’s scandals and deaths
Alaska once had the highest vaccination rate. Now it’s in a COVID-19 crisis.
Priyanka Chopra responds to growing criticism over ‘The Activist’: “The show got it wrong”
In theaters now: Gerard Butler and Frank Grillo in the “irreverent, explosive” ‘COPSHOP’