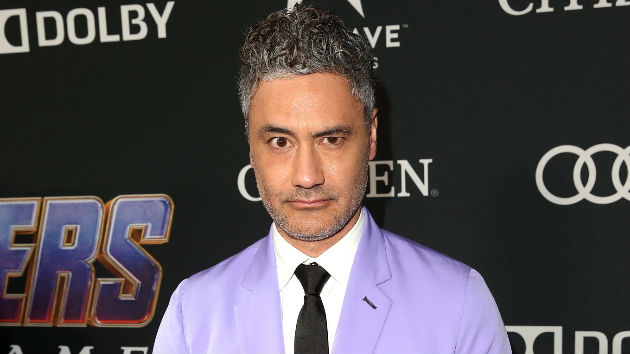 Photo by Jesse Grant/Getty Images for Disney
Posted on August 6, 2019 by ABC News

Organizers of the event, which runs from September 5 to September 15, have previously honored filmmakers — including Martin Scorsese and Ava DuVernay — under the prize’s former name: The Roger Ebert Golden Thumb Award. Waititi shook up the Marvel Cinematic Universe with his blockbuster Thor: Ragnarok, and will work on a follow-up, Thor: Love and Thunder, which opens in 2021.

Waititi’s Jojo Rabbit, a satire that has him playing Adolf Hitler, who in the film is the imaginary friend of a boy in Nazi Germany, will have its world premiere at the festival. Oscar-winner Sam Rockwell, Rebel Wilson, and Scarlett Johansson also star.

Taika’s prize will be handed out to him on September 9, during the inaugural Tribute Gala, a fundraiser for the organization that will also bestow the first Tribute Actor award on Oscar-winner Meryl Streep.