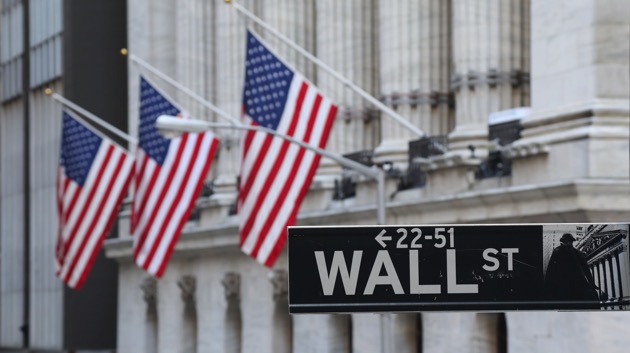 (NEW YORK) — U.S. markets opened slightly higher on Tuesday after posting their worst day of the year on Monday.On Tuesday, the Dow Jones Industrial Average opened 0.71 percent or 182 points higher to hit 25,899.64. The tech-heavy NASDAQ opened 0.94 percent higher at 7,798.43. The S&P 500 was up 0.78 percent to 2,866.83.The escalating trade war with China was behind the steep drop.On Monday, the U.S. Treasury Department designated China a currency manipulator, and issued a statement which said that Secretary Steven Mnuchin “will engage with the International Monetary Fund to eliminate the unfair competitive advantage created by China’s latest actions.”But China stabilized its currency overnight, setting a bullish tone for investors.President Donald Trump has threatened a new round of tariffs that would go into effect on Sept. 1 if the trade war continues. The new round of import taxes will affect almost everything that hasn’t already been taxed yet from China. As a result, manufacturers and retailers of those affected goods took heavy losses on Monday.Apple, which has invested heavily in China for manufacturing, led Monday’s decline in stocks. Nike, Macy’s and Best Buy also posted big losses.Copyright © 2019, ABC Radio. All rights reserved.

After quitting the fashion industry, supermodel Halima Aden is back — this time, on her own terms
Vaxxed ‘Dancing with the Stars’ pro Cheryl Burke quarantines after positive COVID-19 test
“It was a mistake of some sort”: ‘The View’ co-hosts Sunny Hostin & Ana Navarro COVID-19 negative after on-air scare
Will Smith discusses his open marriage with Jada Pinkett-Smith: “Jada never believed in conventional marriage”
Harris interview with ‘The View’ delayed after co-hosts test positive for COVID-19
A century after arson decimated its Chinatown, San Jose to apologize for past racism and injustices