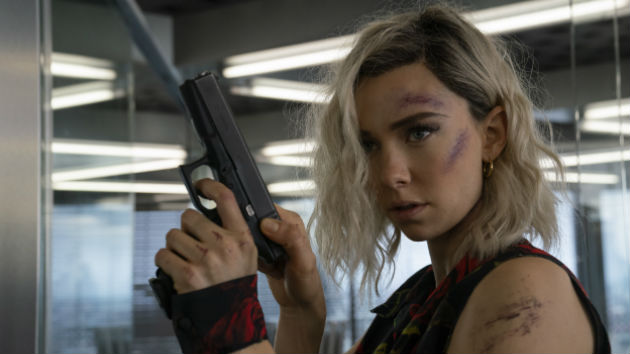 (NEW YORK) — While Fast and the Furious Presents: Hobbs & Shaw is built around the two titular tough guys — played by Dwayne “The Rock” Johnson and Jason Statham — there’s a pair of very strong women at its core: Helen Mirren and Vanessa Kirby.

Oscar-winner Mirren plays tough-as-nails matriarch Magdalene Shaw, the mother of both Deckard and Owen Shaw, as well as her super-spy daughter Hattie, who makes her debut in Hobbs & Shaw.

Hattie is played by The Crown’s Vanessa Kirby, and when asked whether getting the chance to act with Mirren was a major selling point for joining the cast, she told ABC Radio, “Yes! Totally!”

“I always wanted to work with her…When I was little I used to watch on stage all the time,” Kirby adds. “And you know, she’s so part of our history — and suddenly she’s playing my mom!”

It’s not lost on the pair that it took a Fast and the Furious film to bring together the actresses, considering they came to fame in British dramas like The Queen and The Crown.

“We were both like: ‘In this?! This is crazy!’ Like, that’s the last thing we expected,” Kirby told ABC Radio.

Hobbs & Shaw is currently the number one movie in America.