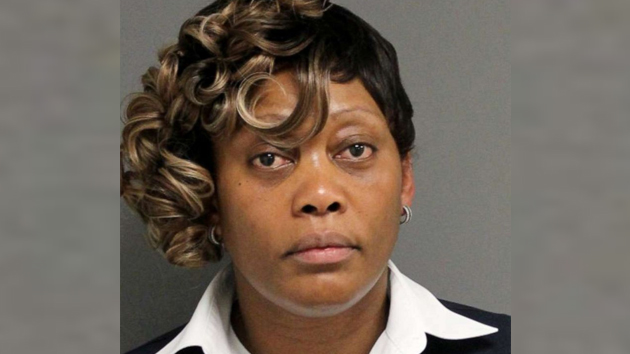 (NEW YORK) — A bus driver was arrested in Connecticut over the weekend after being accused of deliberately locking a passenger inside of one of the vehicle’s luggage compartments and driving off, according to police.The strange case unfolded on a Peter Pan Bus Line trip from New York to Boston, when a woman dialed 911 from inside the compartment and told dispatchers she was trapped inside, Connecticut State Police said.Officers tracked the call and pulled the bus over on Interstate 84 in Union, Connecticut, about 30 miles northeast of Hartford. The woman said one of the bus drivers, identified as 49-year-old Wendy Alberty, locked her inside while she was trying to retrieve something from her bag, according to a police statement.”The female victim was asked if she needed medical attention to which she refused. She further stated that she had been purposely locked inside by a female driver,” the statement said. “Upon taking statements from the victim and witnesses the accused was taken into custody.”Police did not reveal exactly how long the woman may have been inside, but one witness said she must’ve been down there for at least 45 minutes based on when the bus had last stopped.Fellow passenger Caroline Van Allen said passengers were extremely surprised by her cool and calm demeanor after the rescue. She said at least four passengers near the front recalled hearing a loud noise, like “someone banging frantically beneath their feet.””She didn’t have access to air and ventilation for 45 minutes. I think that would put someone over the edge,” Van Allen told ABC News. “I cannot stress enough how calm she was and she did not seem angry … she even didn’t look relieved. She just looked dead in the eyes.”Peter Pan Bus Lines told ABC affiliate WCVB that it has suspended Alberty while they investigate the incident.Alberty was booked on charges of reckless endangerment, unlawful restraint and breach of peace. She was released on $2,000 bail as of Monday evening. It’s unclear if she has retained an attorney.