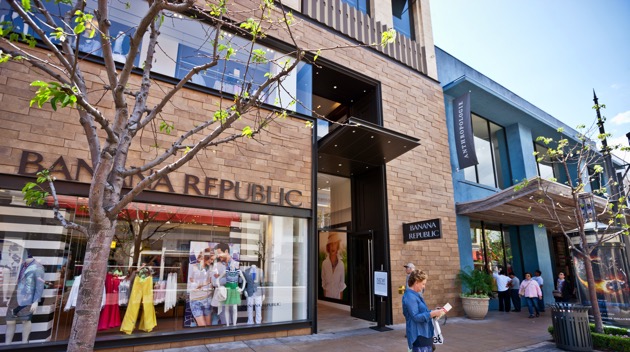 (NEW YORK) — Banana Republic is now offering a selection of hijabs, and while some people are excited about the new launch, others aren’t so sure.The headscarves are sold exclusively on the brand’s website, and are available in different colors and styles.The American retailer made headlines for making strides toward having more inclusive clothing items for sale.However, some people were quick to notice model Fatuma Yusuf in one of the brand images wearing a short-sleeved shirt, and in another, a dress with side-slits which many are claiming doesn’t fall in line with traditional modest Muslim clothing.”How is Banana Republic gonna release a hijab line and have a model wearing a hijab with a half sleeve shirt?” one social media user, @momnerzzz wrote on Twitter.

How is Banana Republic gonna release a hijab line and have a model wearing a hijab with a half sleeve shirt 😂😂 pic.twitter.com/7pNa6StSyO

A few others also pointed out their dislike about the prices, saying that they would refuse to pay that much.

What sense does it make calling out Banana Republic for selling hijabs for $50 when Muslim owned hijab lines sell them for $40 + shipping?

will i pay $50 for a basic hijab? nois it nice to see a mainstream clothing brand FINALLY selling hijabs that are clearly marketed as hijabs? oh hell yes https://t.co/nx5Hd3l2ho

Noha Sahnoune, who said she was involved in the Banana Republic hijab launch, expressed her thoughts in a series of tweets.She began by saying “representation matters, and access matters,” and adding that she wasn’t aware of the photos that were used until after the launch.Sahnoune also opened up about how another hijab retailer attempted to “humiliate” her in a post titled “Banana Republic Does Hijabs,” that has since been taken down.

Hi, I participated in the Banana Republic hijab launch. I have thoughts.

Banana Republic released a statement following mixed reactions to the company’s hijab line.”At Banana Republic, diversity and inclusion have always been at the core of our DNA,” the company wrote. “We are excited about our new offering and we’re committed to represent the diverse voices of all customers. We believe in supporting all women in wearing what makes them personally feel comfortable and confident.”Images of Yusuf wearing short sleeves, as well as the dress with slits, have been cropped, but the headscarves remain on the company’s website.Copyright © 2019, ABC Radio. All rights reserved.