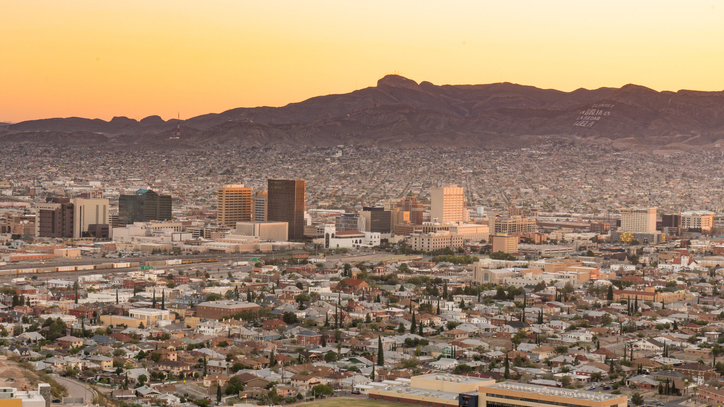 (WASHINGTON) — The last time President Donald Trump visited El Paso — for a political rally in February — his campaign racked up a big bill, one it still hasn’t paid.It has been six months since Trump held the “Make America Great Again” rally in downtown El Paso that cost the Texas border city nearly a half million dollars — mostly for city police providing security around his event, along with protection from the fire and health departments.El Paso billed Donald J. Trump for President Inc., sending the invoice to the campaign’s Fifth Avenue offices in New York on March 27. The bill was due April 26, and according to El Paso officials, they have yet to see a dime.As the months passed with no sign of payment, El Paso sent multiple letters to the Trump campaign warning of penalties if it didn’t comply.”Failure to pay your past due balance or to make acceptable payment arrangement within 30 days from the date of this notice (May 23) may result in your account being charged a one-time collection fee of 21 percent on your gross account receivable balance,” a letter from El Paso’s Office of the Comptroller states, given to ABC News from the city of El Paso.The deadline came and went and a 21% penalty fee got tacked onto the bill.That 21% adds almost $100,000 to the Trump campaign’s tab, bringing the total to almost $570,000.”As with any invoices we issue out, our expectation is to be paid for the services rendered,” Robert Cortinas, El Paso’s chief financial officer, told ABC News in a statement. “The City is fiscally responsible,” he said.If the Trump campaign does not pay, the city of El Paso says the money would have to come out of the city’s contingency budget — funds used for unexpected and emergency situations, such as natural disasters. The more than half-million dollars is also equivalent to the annual salaries of several El Paso police officers – law enforcement the president praised in the wake of Saturday’s mass shooting for responding with “extraordinary grace and courage.”Donald J. Trump for President Inc.’s now outstanding $569,204.63 balance due is about 63% of the city’s contingency budget for the entire year.ABC News has reached out to the Trump campaign for comment, but has not heard back.In June, the campaign said it doubts El Paso’s accounting, implying it’s been overcharged.”Since 2015, the Trump Campaign has held nearly 550 rallies all over the country, and this invoice is roughly 10 times the amount that a locality generally asks to be reimbursed,” Michael Glassner, chief operating officer with the Trump Campaign, told ABC News. “We are reviewing it.”Indeed, other cities where the Trump campaign has held rallies, including Mesa, Arizona, billed for about $64,500 for a rally held there in October 2018. Mesa city officials told ABC News their police department still has received no reimbursement from the Trump campaign.Campaigns failing to pay cities for their visits is not uncommon. During the 2016 election, the presidential campaigns of both Hillary Clinton and Sen. Bernie Sanders were also behind in several rally payments, according to the Center for Public Integrity.Trump himself has a long history of not paying his bills. Often boasting of his business success and touting his record as the “Dealmaker in Chief,” Trump has a trail of receipts and lawsuits that reflects a long line of personal debts shifted to businesses — with the burden of multiple Chapter 11 filings falling on investors who bet on his business acumen. Numerous contractor lawsuits claim that Trump and his businesses have refused to pay them.This time, if the campaign doesn’t pay, El Paso would have to absorb the cost – even as it reels from dealing with a mass shooting.