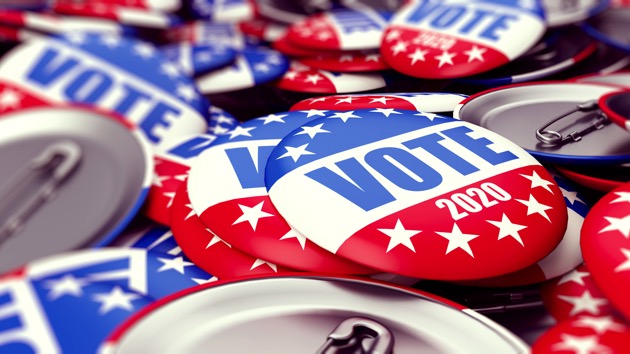 (WASHINGTON) — Former Alaska Sen. Mike Gravel, an 89-year-old whose long-shot campaign was fueled by pithy Twitter posts taking direct aim at the Democratic Party “establishment” and ultimately run by a couple of teenagers, formally announced his endorsement for Sen. Bernie Sanders, I-Vt., on Tuesday morning.”I am proud and honored to endorse Senator Bernie Sanders for the presidency of the United States,” Gravel said in a video posted to his Twitter page.”We have a simple choice, we can have a Democratic socialism of Bernie Sanders to benefit all Americans or we can have Republican socialism, which benefits the 1% and leads us to a constant state of war,” Gravel said.The former senator, who’s most well known for entering the Pentagon Papers into public record, centered his campaign on an anti-war message.

"I am proud and honored to endorse Senator Bernie Sanders for the presidency of the United States." pic.twitter.com/Y7uf8ebbhD

“Thank you Senator Gravel. Together we will end forever wars, fight for an economy that works for all of us, and bring millions of people into the political process,” Sanders tweeted back at Gravel on Tuesday.

Thank you Senator Gravel. Together we will end forever wars, fight for an economy that works for all of us, and bring millions of people into the political process. https://t.co/U2irbrMm0q

Gravel’s campaign, which will now close up shop and transition into a progressive think tank called the Gravel Institute, was the product of two 18-year-olds from New York, David Oks and Henry Williams, who decided they wanted to push his ideas of “direct democracy” into the public eye in a modern way, with viral swipes at high-profile figures on social media. Both Oks and Williams supported Sanders in the 2016 election, though neither were of voting age.Gravel was deciding between Sanders, Sen. Elizabeth Warren, Rep. Tulsi Gabbard and self-help author Marianne Williamson for his endorsement, according to 19-year-old campaign treasurer Henry Magowan.Despite their endorsement for Sanders, the campaign has criticized the Vermont senator in the past, pushing him to take a more leftist stance on foreign policy.”Bernie and Warren aren’t perfect,” Williams said in a June interview, when discussing other progressives for whom he saw potential in the 2020 field. “They are especially lacking on foreign policy and on being genuinely anti-imperialist, and you need someone calling that out,” said Williams.Gabbard was someone the campaign and the former senator saw as more willing “to challenge the military industrial complex.”The teenagers, along with a handful of friends from their university, drew Gravel a large following by plugging his ideas of “direct democracy” and ending “forever wars” on Twitter, with the ultimate goal of getting Gravel onto the debate stage to inject a more progressive voice into the conversation.While Gravel didn’t end up making the stage, his campaign earned a solid amount of grassroots support, even meeting the 65,000 donor threshold to qualify for the second debate. There were 21 candidates who met either the donor or polling criteria, but only 20 spots on the debate stage. The DNC was prompted to use its tiebreaker rules, and give preference to candidates who met the polling threshold versus those who solely qualified via donors, and that left Gravel out of the mix.”Of course we weren’t ultimately successful in getting the senator onto the debate stage, but from the start, the fact that we qualified is a success in itself,” Magowan said in an interview with ABC News after the July debate. “Every single person we talked to in the political faction told us we can’t be doing what we’re doing and we weren’t going to make it.”The campaign staffers expect to take on board positions at the Gravel Institute over the next several months, in addition to continuing their studies.Copyright © 2019, ABC Radio. All rights reserved.