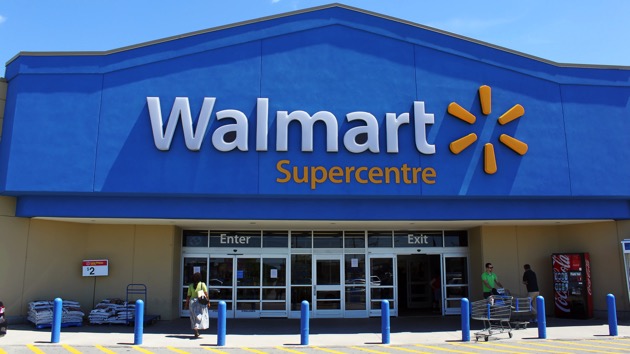 (NEW YORK) — Walmart is facing pressure to stop selling firearms following several shootings in the past week — two of which happened at Walmart stores.Last Tuesday, two employees at a Walmart in Southaven, Miss., were shot dead by a coworker, and on Saturday, 22 people were killed and dozens more injured after a gunman opened fire in a busy Walmart in El Paso, Texas. That massacre was followed hours later by another mass shooting at a popular nightlife district in Dayton, Ohio, early Sunday morning that killed 9 people and injured 27 more.Following the El Paso shooting, Walmart officials posted a statement to Twitter, saying it was “in shock over the tragic events at Cielo Vista Mall in El Paso.””We’re praying for the victims, the community & our associates, as well as the first responders,” the statement said. “We’re working closely with law enforcement & will update as appropriate.”The Twitter community then seized on the opportunity to implore the retailer to no longer stock guns on its shelves.

Really? You’re in shock? What do you think guns are used for @Walmart ?? You all sell guns. Do you think people hang them on their walls & decorate them like a Christmas tree? They use them to KILL. If you wanna help, STOP SELLING GUNS & AMMO 🙄

How many Walmart shootings will it take for you to stop selling guns?

Boycott Walmart and every other non-specialist store until they stop selling murder weapons for profit.

Hey, @Walmart! This would be a great opportunity for you to take a true leadership position and stop selling guns. https://t.co/JcQ6BvTbUe

Walmart announced in 2015 that it would stop selling AR-15 and other semi-automatic rifles, and in February 2018, following the shooting at Marjory Stoneman Douglas High School in Parkland, Fla., where 17 students and staff members were killed, Walmart was among multiple chains that announced it would raise the minimum age to purchase firearms to 21.In addition, Walmart requires background checks to purchase a gun and has stopped selling toys that look like assault rifles — including airsoft guns.There is no evidence to suggest the alleged gunman in the recent shootings purchased weapons at a Walmart.Walmart spokesman Randy Hargrove declined to comment on the recent outcry but told ABC News that the company has been a “responsible firearms retailer.””Our focus has been on being a responsible seller of firearms, and we have policies and guidelines that are within federal and state laws and even exceed them,” Hargrove said.Hargrove said Walmart requires customers looking to purchase firearms must pass a background check before a sale is completed.”We make sure that background check gets passed,” Hargrove said. “That’s just one example of what we do.” The Giffords Law Center to Prevent Gun Violence states on its website that a “dangerous gap in our federal gun laws lets people buy guns without passing a background check.”Representatives for the National Rifle Association, Everytown for Gun Safety and Brady, a gun violence prevention advocacy group, did not immediately respond to ABC News’ request for comment.Copyright © 2019, ABC Radio. All rights reserved.