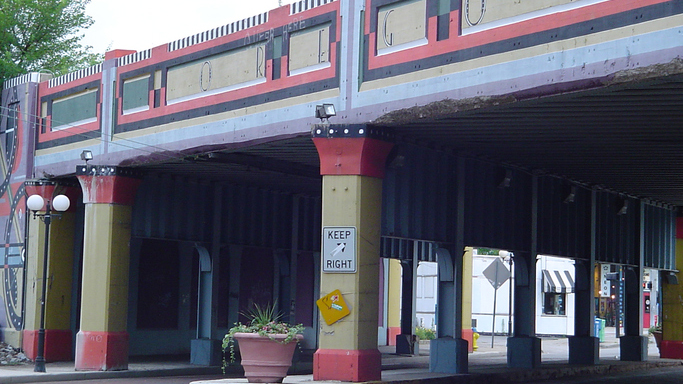 (DAYTON, Ohio) — The family and friends of the victims of the Dayton shooting are grieving their loved ones who were among those shot early Sunday morning.One woman saw her brother just hours before the shooting, grateful to have a happy final memory of him.Another friend, Airiana Camp, was just across the street in a different bar when her friend, a mother of two, was fatally shot.Camp was at a bar called Newcom’s Club, across the street from Ned Pepper’s Bar, when mayhem broke loose. At first, she said no one quite knew what was happening and patrons were being evacuated out the back door, into the alley.“We didn’t know people were shooting until we came out and seen bodies and cops with guns,” Camp told ABC News.She later learned that her friend, Lois Oglesby, was one of the nine victims who were fatally shot by the suspect, who was killed by responding authorities.“I’m just speechless. I really don’t know what to say,” she told ABC News on Sunday.Here is the list of victims who were killed in the Sunday shooting:Megan Betts, 22Dayton Police Chief Richard Biehl said Megan Betts was among the first victims shot to death.”It seems to just defy believability that he would shoot his own sister, but it’s also hard to believe that he didn’t recognize that was his sister. So we just don’t know,” Biehl said Monday.Dana Raber, 20, of Bellbrook, said she was a friend of Megan Betts when they were both high school students.”She was wonderful,” Raber told reporters gathered near the Betts family home in Bellbrook on Sunday. “She was different in a very good way. That’s why we got along, I supposed. She’s very sweet, had her own opinions and was loud and kind in a way that her brother was quiet and stayed more to himself.”Raber said she was unaware of any friction between Megan and Connor Betts.”They are a family I admired, and I don’t know how they’re going to get through this. They were always very nice to me,” Raber said.Derrick Fudge, 57Fudge’s sister Twyla Southall told ABC station WSYX-TV that she saw her brother just hours before the shooting at a cookout on Saturday.”I’m glad I got to see him in a fun, positive environment. I’m sad that we won’t get to see him like that again,” Southall said.Southall said that her nephew and niece, who were with Fudge at the time of the shooting, escaped unharmed.She said that her nephew and Fudge’s fiancee were getting food at a taco truck when they first saw the shooter. Fudge was allegedly one of the first people shot.”They said they saw the man walking towards them with a mask on. My nephew thought, you know, it looked weird, but…he actually thought it was someone clowning, you know, just acting crazy,” Southall told WSYX-TV.”You can’t unlive that,” she said of what her nephew seeing his father injured in front of him. “Once you’ve experienced it and seen it and held them in your hands, and they’re breathing their last breath.”Lois Oglesby, 27Oglesby’s friend Airiana Camp told ABC News that Oglesby was a mother of two girls, and the type of person who would do anything to help others.“She was real good to everybody,” Camp said.”She really known through the city. She was real cool, laid back,” Camp said of her friend.Logan Turner, 30Turner’s mother, Danita Turner, spoke to the Dayton News, calling him “the world’s best son.””Everyone loved Logan. He was a happy go lucky guy,” she told the local newspaper.One of the women who tried to help Turner at the scene said that she was by his side when he took his last breath.”It was me and a girl and a guy took over, and he did the chest compressions,” said Holly Redman, who helped at the scene because she was CPR-certified. “I let her hold the wound, and then I just breathed in his breath.””I just want his parents to know that we did everything possible to save him, like everything,” Redman said on “Good Morning America.””[He] had three people around him, and I was there when he took his last breath. It’s so hard,” Redman said before breaking down in tears.Nicholas Cumer, 25Andy Coulter, a news videographer, confirmed that his cousin’s son, Nicholas Cumer, died in the shooting.Coulter said that Cumer graduated from Washington High School in 2012 and had since graduated from St. Francis University in Pennsylvania.St. Francis University put out a statement confirming that Cumer graduated from the school’s undergraduate program and was a current graduate student in the Master of Cancer Care program at the time of the shooting.”We join the nation in mourning Nicholas, alongside all of the victims of this tragedy. Our thoughts and prayers are with their family and friends during this most difficult time,” the university’s president, Fr. Malachi, wrote in the statement.The letter notes that Cumer was in Dayton for the summer, working as an intern with the Maple Tree Cancer Alliance.”Just last week, we offered him a full time position with us to run one of our new offices,” Maple Tree Cancer Alliance announced in an update on their Facebook page after the shooting.The organization noted that three of their trainers were shot in Dayton. While two are expected “to make a full recovery,” they are “absolutely heartbroken” to confirm Cumer’s death.”Nick is remembered for his hard work and dedication to Maple Tree. He loved his patients and served them well, with a loving and caring spirit. He continuously went above and beyond our expectations and worked with a high level of excellence. He was well liked and respected by everyone on our team, and we all will miss him very much,” the Maple Tree Cancer Alliance statement reads.Thomas McNichols, 25Beatrice Warren-Curtis, 36Saeed Saleh, 38Monica Brickhouse, 39